Visit Yellowstone in the Fall 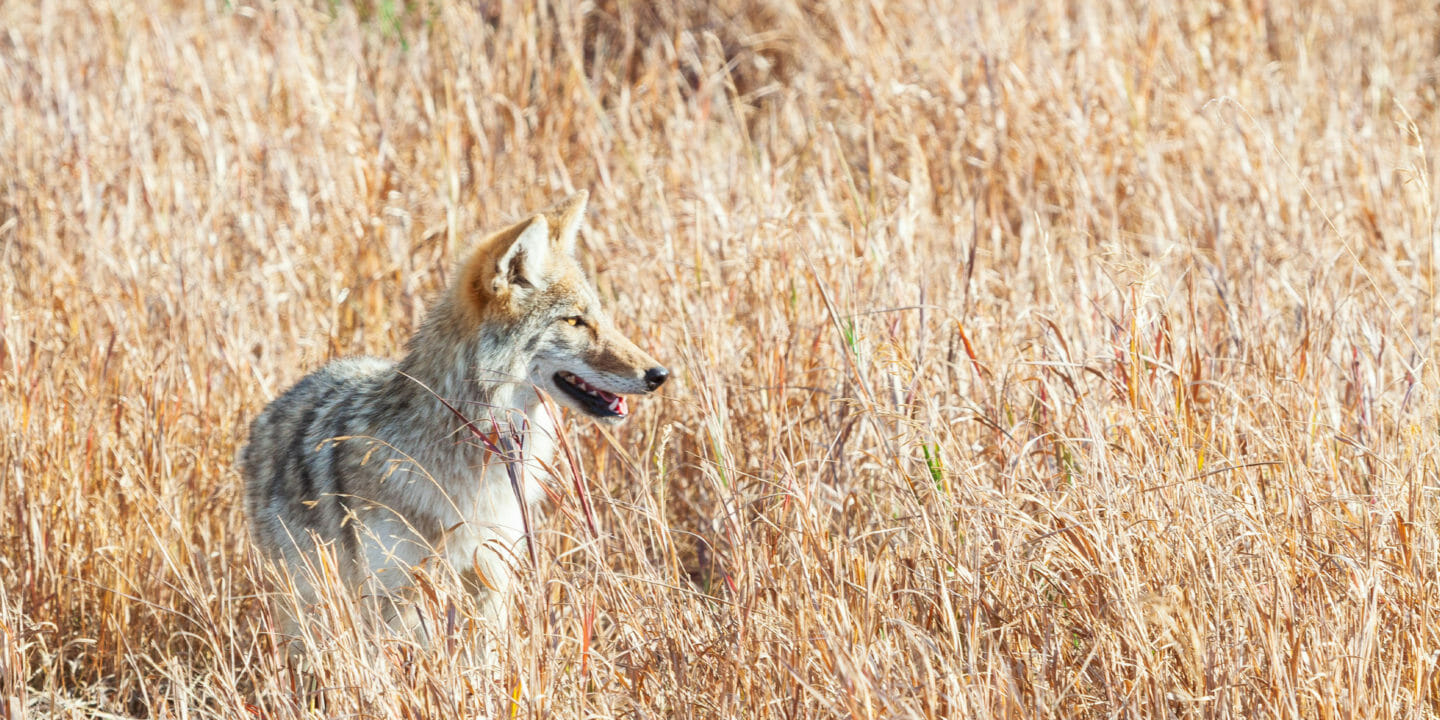 Yellowstone is undoubtedly one of the most remarkable locations to photograph wildlife and get in tune with nature. Whether you’re exploring the 900 miles of trails or marveling at the beautiful sunset, there’s always something awe-inspiring to be seen. During the autumn months, Yellowstone National Park is even more striking as the leaves turn to vivid hues of reds and oranges, and the crowds have simmered down. Read on to explore some other reasons why you should visit Yellowstone National Park in the fall.

By September, a subtle frosty chill can be detected in the morning air, and as fall approaches it becomes more and more pronounced.  The heat of summer is winding down after reaching its typical fever pitch at some point in July or August, (in regards to both temperatures and levels of visitation).  Kids go back to school, adults go back to work and Yellowstone National Park seems to become more tranquil with roads, parking lots and trails experiencing less human activity.  In the world of wildlife however, things are starting to heat up!

Driven by increasing testosterone and females going into estrus, bull elk enter a frenzied state come September.  This is the start of the rut, or breeding season, for this ungulate, (hoofed animals).  At this time, bull elk will have a pair of fully grown antlers that can potentially exceed 4 feet in length, and adorned with 4-5 spikes that each could be 8-12 inches long.  This animal carries an air of prehistoric beauty once those large bony structures are at their fullest.

For the next month and a half the male elk will be too busy pursuing females to even eat or drink.  The bull will be working to create a harem of possibly as many as 20-30 female elk, (also called cows), that he will individually breed with.  Elk will conduct breeding displays by vigorously wallowing and thrashing the branches of trees and shrubs to show off their brute strength.  Only the largest and strongest males will be the ones to mate with the most females, therefore passing on the choicest genes to future generations.

Rut is the best time to witness clashing antlers and hear the iconic piercing bugle of the elk as the bulls work tirelessly to charm cows and ward off challengers.  Male elk have been known to lose up to 20% of their body weight throughout the rut, making surviving winter that much more difficult because by autumn, most vegetation is wilted and nutrient-poor.  Bears on the other hand, are using all their energy to eat as much as they can!

By September the bears of Yellowstone National Park enter a phase of hyperphagia.  Grizzly and black bear alike will be stripping the branches of hawthorne, western serviceberry and chokecherry of their ripe fruits.  Hyperphagia is a feeling of relentless, insatiable hunger, which moves these mammals to eat enough to gain potentially 4lbs per day.  In higher elevations the cones of the whitebark pine open up to release fatty pine nuts, a vital food source that bears, (and other species, such as clark’s nutcrackers and red squirrels,) will flock to.  Grizzly bears will use their 4-inch long front claws to rake the dirt off middens of buried nuts that the red squirrels stockpile for winter.  This excessive consumption is preparing the bears for hibernation, which will typically start around December.  They will gain a thick layer of fat which will both keep them warm and be their sole source of energy until spring arrives.

As September comes to a close the temperatures continue to drop and the days grow shorter, and at last the emerald green leaves of the quaking aspen begin to turn gold.  This is the first stage of these deciduous trees going dormant for winter, turning entire aspen groves beautiful shades of golden yellow and occasionally a blushing red.  Generally the peak time for coloration occurs during the last week of September or first week of October.

It is not unusual for snow to start dusting the terrain by October, and by November it will begin to accumulate on mountain tops and in valleys.  This change of weather will incite multiple species to migrate into lower elevation wintering grounds.  A majority of elk will settle just outside the northern boundaries of Yellowstone National Park, while bighorn sheep often move into the canyons just within the north entrance of the park.  Bison usually remain within park boundaries, with one group wintering throughout the Lamar Valley and another heading south towards the geothermal basins near Old Faithful.  This can be an exciting period to look for wolves, who will be transitioning to their winter diet which will primarily consist of elk. Thus – look for elk and you might find a wolf stalking about!  As Yellowstone becomes a winter wonderland those canines become easier to spot too, since they stand out nicely against the white backdrop.

The rut for elk would have dwindled by November, but for the smallest counterpart of the Cervidae family (latin name for the Deer family), the mule deer, it’s just getting started.  By this time most deer will be within their wintering range, which, similar to the elk, will extend out of the northern boundary of Yellowstone National Park and south into the Mammoth Hot Springs area.  Also like the elk, the buck mule deer will assert his strength and dominance over other males to collect a harem of does.

If you are visiting Yellowstone in late fall make sure to regularly check road conditions and weather forecasts because, typically by late October or early November, most roads in the park are closed to vehicular travel.  One of the only roads that remains accessible by car all season is the 50 miles between the north and northeast entrances, which can be a wonderful route to look for wildlife along throughout fall and into winter.  Our sister company, Yellowstone Safari Company, runs wildlife safari tours year-round from the north entrance of Yellowstone National Park.

By fall, a variety of berry species ripen up, inciting the seasonal bear feeding frenzy! Grizzly and black bear alike will be consuming thousands of the small fruits a day in order to fatten up before hibernation. Here you can see a black bear enjoying the fruits of a western service berry tree.

5 Reasons to Visit Yellowstone in the Fall

July and August are typically the busiest months for visitation in Yellowstone National Park and Grand Teton National Park.  A visit in September or October offers a break from the crowds and a rare opportunity to spot wildlife in rut or hyperphagia.

As animals are preparing for the winter ahead, there’s an increasing number of sightings. Bears, in particular, are stocking up for hibernation so you’re likely to encounter black and grizzly bears feeding on calorie rich vegetation or carcasses.  This is a time of great viewing, photography, and a time to experience some exciting behavior! The sound of a bull elk bugling or the sight of multiple moose in one place is one you’ll never forget. Bighorn sheep begin to travel to lower elevations this time of year and if you keep your eye out, foxes and coyotes are often found hunting in the meadows.

Hiking in Yellowstone National Park allows you to get a panoramic scope of the unbelievable fall foliage and an easy escape to your own piece of solitude. Grab a hiking guide at the Visitor Center or talk to a ranger to find the best trail for what you’re looking for. The whole park is bear country, so be sure to carry bear spray and know how to use it. If you’d like to get some riding in, this is a great time to take advantage of less vehicle traffic on the roads. Depending on the type of ride you’re looking for, check a park map to see the elevation change you should be prepared for.  It can be significant in just a 5 mile stretch!

4 – Soak in the Boiling River

The Boiling River is one of the few legal hot springs you can use in Yellowstone.  Soaking in unauthorized thermal features in the park is prohibited and any human activity could destroy fragile thermal features so be aware of your location and make sure you’re in the right spot.  The cold waters of the Gardiner River mix with the hot water from Boiling River Hot Spring, providing a relaxing and comfortable spot to soak.

With the roaming wildlife and shades of yellow, reds, oranges and purples blanketing the National Park, fall is a wonderful time for photographers. Golden leaves shimmer near Mammoth Hot Springs, while Grand Prismatic Spring boasts fluorescent hues and the willows and cottonwoods along the rivers turn a warm, inviting and photogenic hue. Pack up your wide-angle lens and take some shots of Yellowstone’s geothermal features, bright blue skies, and stunning landscapes. 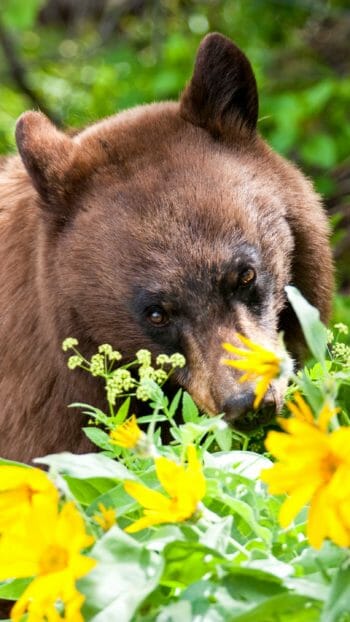 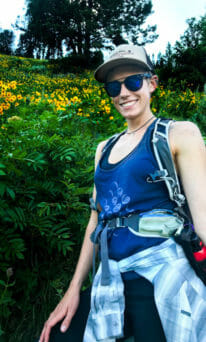