Home Blog What really happened at the Gros Ventre Campground?

What really happened at the Gros Ventre Campground? 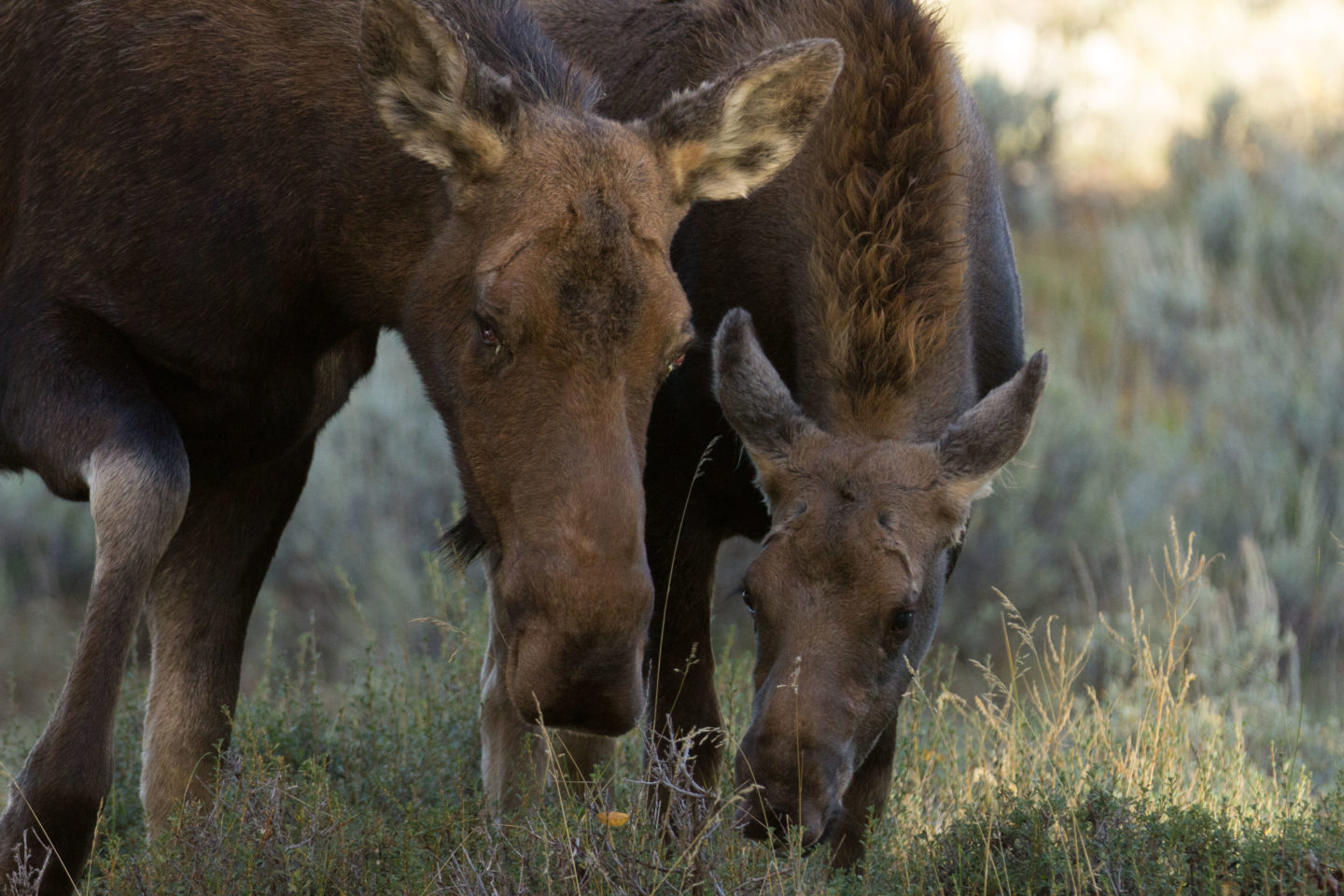 The tragic death of a cow moose in Grand Teton National Park yesterday morning has created quite a stir in Jackson Hole. Local and regional media outlets have reported that wildlife watchers, photographers and campers were to blame because the cow moose broke her leg while being chased by people gathered around her. Both the Idaho Falls News 8 story and the article in the Jackson Hole News and Guide this morning both implied that the accident leading to the death of the moose was the fault of people. Both reports were also based on second and third hand accounts that painted a certain picture but doesn’t seem to fit with what I observed just after the accident occurred and the first hand accounts of several people present when the moose was injured. The reporting was in my view irresponsibly limited in scope and served only as a catalyst for conflict between different user groups, land management agencies and concerned citizens.

After seeing the gross misrepresentation of this accident, I felt compelled to look into what happened and learn the truth from the people that actually witnessed the accident first hand. I have interviewed several witnesses and accumulated photos and videos that corroborate their version of the story.

The short version is that a cow moose broke her leg while being chased by a bull moose through the Gros Ventre Campground. She stumbled over a picnic table and stepped into a fire ring with a grill attached to it. The break was severe and the cow was unable to walk further. Her leg was badly injured leading park rangers to euthanize her and remove her from the campground. The details of what caused the bull moose to charge her are what are being spun to make it appear that wildlife photographers and visitors somehow contributed to this accident. From what I have seen in photos and videos of the scene just before the accident and what I witnessed just after it occurred leads me to strongly disagree.

Firstly, it is important to understand some basics of moose biology as there is some pretty important context that will shed light on what is happening in the world of moose during the fall. Put quite simply, love is in the air! This time of year is called the rut, or mating season, for moose in Jackson Hole. During this time they exhibit some pretty wild behavior as they work through their courtship rituals. During this time you may see bulls sparring for control of an area or female, bulls chasing cows aggressively, and a wide range of fun mating behavior that I will defer to Mike Jackson’s great blog post on (Click here to read). This is important because the reason the cow moose was running in the first place was because she was being pursued by the bull that caused her to trip on a picnic table leading her to step into the fire ring and break her leg.

Though it’s impossible to know why he chased her at that moment, some witnesses believe that a diesel truck pulling a camper may have spooked the cow making her move away from the noise. That is when the bull started his chase and she tripped on the picnic table. It is also important to note that video taken just before the accident shows the bull chasing both the cow and her calf. Again this is pretty normal moose behavior this time of year and there is no reason in the video to believe that they were stressed by the people watching them (notice in the video that they are not focused on the people).

It also turns out that the moose killed in this accident was completely or mostly blind due to an infection in both of her eyes. Images taken just before the accident clearly show that she had a significant eye infection that would have certainly impacted her vision. Earlier in the season local wildlife photographers noticed her infection and contacted Wyoming Game and Fish in the hope they might be able to treat her. Apparently no action was taken and she spent the summer raising her calf in and around the campground. There is no doubt that impaired vision would explain why she didn’t see the picnic table. In my 15 years in Jackson Hole I have never seen a moose fall or stumble. In my experience healthy moose are extremely agile and sure footed. There is also a video showing that besides a few campers opposite the moose – they were not surrounded or being chased as was reported in both media reports.

It is my opinion that the fall rut and bull chasing this cow combined with her disability and the man made obstacles in the campground (grills and tables) are much greater factors in this incident than people watching and photographing. I have spent a lot of time with these animals and rarely see them react aggressively or appear stressed due to people. Keep in mind that they are choosing to spend all this time in the campground. Not only that, they choose to remain really close to people, campers and vehicles. If they were stressed by these things they would just walk out of the campground (which they do on and off throughout the day). On the contrary many people believe that the moose take refuge around people to avoid conflict with predators. The only reactions I usually observe are caused by dogs and diesel truck engines. There were no reports of dogs barking but several witnesses I spoke to believe that the truck pulling a trailer caused the cow to move suddenly which then lead the bull to pursue her. This is when she tripped on the table and stepped into the grill on the fire pit. The video shows the truck and trailer in the background and there is an image as the truck approaches the moose just before she runs into the fire pit. All appear calm and unfazed by the people recording the events.

I have attached the related material for you to see. Please remember that this photographer was shooting with a long lens and though appears close was well outside of the 25 yards. Also note that in the photos and video the animals are not stressed and not paying any attention the the people watching them. This is hugely important as it is a shame to misplace blame. The big factors here are the rut, her disability and man made obstacles at each campsite. Though a tragic accident, I don’t see much that could have been avoided less shutting down the campsite and removing grates and tables.

I hope this sheds some light on what actually happened yesterday. I also hope that the wildlife photography and watching community will work together to educate our visitors about appropriate behavior around our wildlife. We need to maintain at least the required distances and in many cases it may be better to stay even further back. It is also to remember that everyone is a photographer because almost everyone visiting wants a picture and has a camera. Just because someone has a big lens and thousands of dollars of equipment doesn’t make them any different from the guy with an iphone. Learning to live around wildlife and respectfully interact with them takes years to even begin to fully understand. Though some visitors with cameras get too close, that doesn’t mean that all wildlife photographers should be vilified and treated as one unified group.