Home Blog The Geology of Yellowstone National Park : Part I

The Geology of Yellowstone National Park : Part I 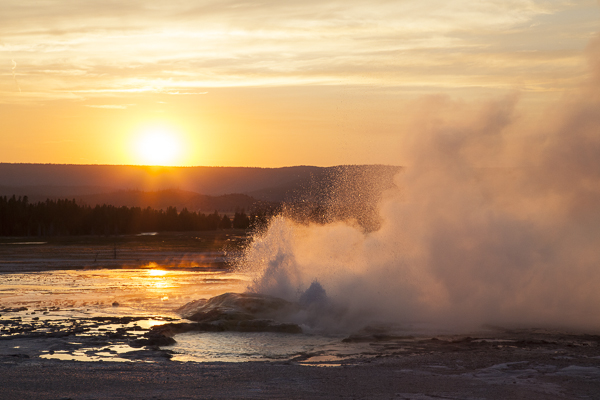 The landscape you will experience during your time in Yellowstone will be varied, dramatic and unlike most other places on earth. Due to several geologic events that have occurred in the past and forces that are occurring today, Yellowstone’s landscape is a constantly changing reminder of the dynamic nature of planet earth. From being submerged under vast inland seas and covered by several thousand feet of ice to experiencing thousands of earthquakes a year and massive volcanic eruptions, Yellowstone is an incredibly complex place and a geologist’s dream! Not only is Yellowstone one of the largest active volcanoes on earth, it is also home to over 10,000 hydrothermal features (including more than 300 active geysers), several mountain ranges and is the headwaters of 3 major western river systems including the park’s namesake, the Yellowstone River.

Not only is Yellowstone National Park considered to be an active volcano, it is considered to be a ‘supervolcano’ meaning it is capable of massive eruptions of more than 240 cubic miles of magma. Two of the last three major eruptions were at least that big with massive ash plumes that covered large portions of North America! Scientists with the Yellowstone Volcano Observatory actively monitor Yellowstone’s volcanic activity watching for changes that might indicate the likelihood of another major eruption. For the most part geologic activity has been within normal parameters, though that includes the 1-3 thousand earthquakes that occur under Yellowstone each year. The last major eruption occurred about 170,000 years ago and formed the West Thumb of Yellowstone Lake. Most geologists agree that another major eruption is unlikely in the next 10,000 years but continue to use an array of sensors, GPS data and other technologies to keep an eye on the region just in case.

To fully appreciate the geologic processes that have formed Yellowstone National Park, it is important to understand some of the foundations of modern geologic theory. The earth, which is thought to be about 4.6 billion years old, is in technical jargon an irregular oblate spheroid but for our purposes we will just call it a less than perfectly shaped ball. Similar to an egg, planet earth is made up of several distinct layers. The core or middle of this ball is made of super heated and pressurized molten material largely made up of iron and nickel. The inner core of the earth is thought to be about 750 miles in diameter and 4,000 miles from the surface of the earth. Think of the core like the yoke of an egg. Above this is the outer core (1400 miles thick) which is slightly cooler than the center core but still molten and then the mantle (1800 miles thick) made up of dense, hot semisolid rocks and minerals. The mantle in terms of the egg would be the egg white. The lower portion of the upper mantle is made up of the asthenosphere which is thick yet viscous rock and the more solid section above that joins the earth’s crust to form the top layer of the earth known as the lithosphere. The lithosphere is the shell of the egg in our example and is the ground on which we walk. The idea that the lithosphere is moving due to the energy being exerted from the energized core of the earth is known as the theory of plate tectonics.

The idea of plate tectonics originated in the 1950’s and 1960’s after extensive observation of underwater mountains and valleys in the North Atlantic. Over the years more was learned about the forces being exerted on the earth’s crust and the visible features created on the surface were better understood in the context of the new theory. Mountain ranges, fault lines, underwater canyons and ridges all pointed to the earth’s crust being in constant motion. It’s believed that currents of partially molten material in the asthenosphere along with upwellings of volcanic material lead to a variety of processes that directly impact the surface of the earth. Some of these upwellings also allow magma to extend all the way to the surface of the earth in the form of volcanos or ‘hot spots’. 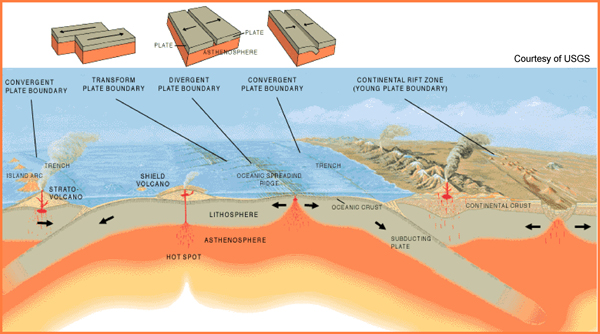 Before the tectonic plate moved Yellowstone over the hotspot where it rests today, Yellowstone country was submerged under a vast inland sea. Through the Precambrian era up to 541 million years ago to at least the end of the Mesazoic about 66 million years ago, Yellowstone country was a combination of shallow oceans, tidal flats sand dunes and expansive plains. As the plates began to pull apart, sink under and collide with one another a period of mountain building began. From the end of the Mesozoic
through much of the modern era known at the Cenozoic, a period of mountain building began creating the Rocky Mountains as we know them today. It was also during this time that the classic basin and range topography was formed. From about 30 million years ago the plates in Western North America began pulling apart to the East and West. This tectonic action created wide valleys running parallel to the North to South oriented Rockies.

As the movement of the plates accelerated about 17 million years ago, so too did volcanic activity from the hotspot. As the earth’s crust passed over this magma chamber dozens of volcanic eruptions ensued. The plate moved in a Southwesterly direction leaving a scarred landscape from the more than 100 volcanic calderas created during the 500 mile journey to present day Yellowstone. Then, roughly 2.1 million years ago, the first massive eruption to disrupt present day Yellowstone occurred. This massive eruption was 6,000 times the size of the 1980 eruption of St. Helens and one of the largest eruptions known. Ash from this Yellowstone eruption fell as far away as Missouri! This was the first of several major and minor volcanic events that would destroy, transform and eventually create the landscape we see today traveling throughout Yellowstone. 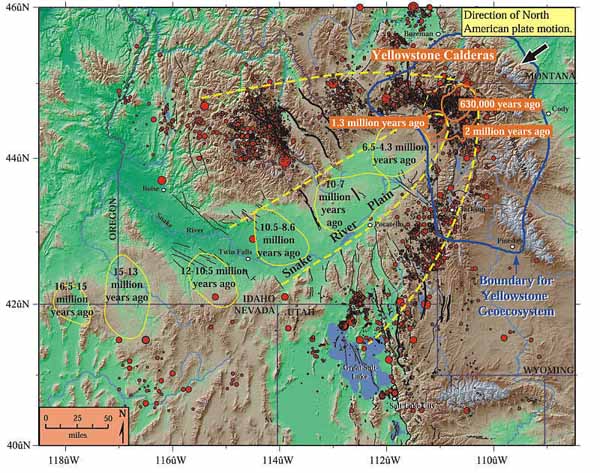 As the earth’s crust drifted over the magma chamber, or ‘hot spot’, Yellowstone became exposed to this powerful force. After the massive eruption 2.1 million years ago, Yellowstone officially became a volcano. A combination of flowing lava, pyroclastic flows, volcanic eruptions, caldera forming events and regular earthquakes would rock Yellowstone changing the landscape forever. The second eruption to occur in the region happened about 1.3 million years ago. Though its caldera is just outside of the park boundary it does rest within the western edge of the previously created caldera and is worth mentioning. The third and second largest eruption occurred about 640,000 years ago leaving behind an enormous caldera created when the magma chamber collapsed. This caldera, measuring roughly 30 by 45 miles is the most visible caldera in Yellowstone despite being partially filled in by later lava flows. You can see evidence of the caldera rim at Lewis Falls to the south and the long cliff to the west of Old Faithful running north the the Madison River. Finally the last major eruption occurred about 180,000 years ago and formed what is now the West Thumb of Yellowstone Lake. Lava flowed between many of these events further complicating the geologic story imprinted on the landscape. The last known lava flowed in Yellowstone about 70,000 years ago though the volcano has remained active under the ground. 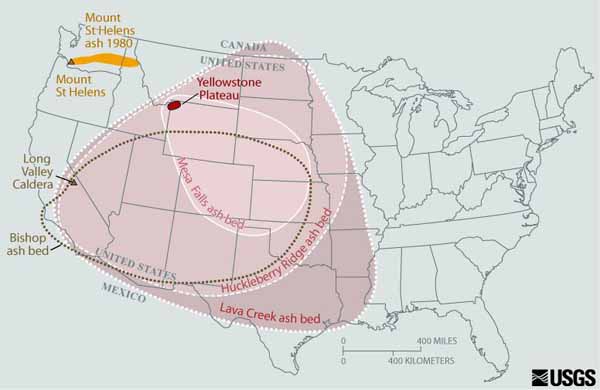 Pressure from the active magma chamber has created measurable ground deformation in parts of Yellowstone known as resurgent pressure domes. Though the entire caldera will upwell and subside due to the activity of underlying hydrothermal fluid, these identified pressure domes experience a much more dramatic change. One of these areas uplifted about 3.3 feet between 1923 and 1984 and another, known as the Sour Creek Dome, lifted 6.7 inches between 2004 and 2007! The effect of these domes has been noticeable especially on Yellowstone Lake where the water was pushed to the south drowning the shoreline. The precise measurements of GPS enhanced monitoring stations has allowed for precise measurements of the movement. There are 26 seismic stations positioned within the park with 11 GPS receivers and 11 stream gauge monitoring sites. You can find current data and more information about the Yellowstone Volcano Observatory at http://volcanoes.usgs.gov/observatories/yvo/.