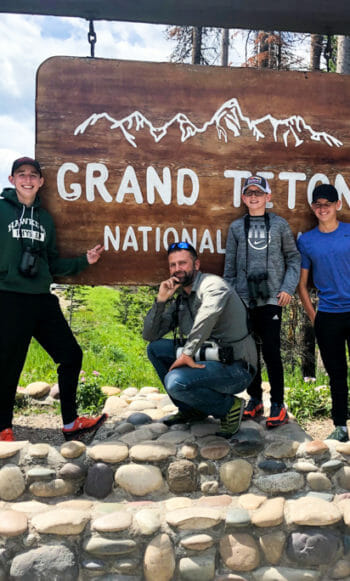 Seth has loved wildlife as long as he can remember.  With a zoology degree in hand, fresh from University, he traveled throughout the United States as a field biologist doing bird migration surveys and carnivore presence/absence surveys.  Over two decades ago, he came to the Greater Yellowstone Ecosystem on assignment to track carnivores through the Wyoming Range of the Bridger-Teton National Forest.  His guiding experience spans continents, from the rainforests of South America to the National Parks right here in our backyard.  Seth has a passion for Grand Teton National Park and Yellowstone National Park and enjoys sharing his insights and knowledge about our local wildlife and the ecosystem they call home. 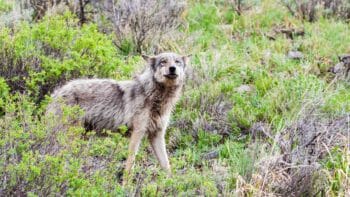 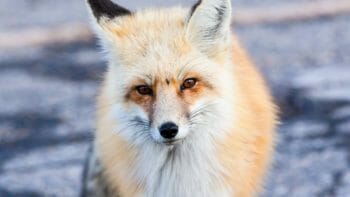 Seth knew he wanted to live with animals by the time he was six years old. He would get lost with his dog, Blondie, in the back acreage in the transition zone between post oak-blackjack forest and tall grass prairies.

As a child, his family did not have the means to travel to the National Parks. Growing up in the backcountry of Oklahoma made access to the National Parks nearly impossible without the opportunities to get there. Through high school and college, he took any field course involving wildlife that he could. After university, with a degree in Zoology, he travelled across the states as a field biologist, working with virtually every type of biological survey possible from bird migration surveys, to carnivores presence/absence surveys. He started his transition to guiding wildlife trips in the Costa Rican rainforests. Seth has guided premium tours through amazing locations for almost two decades now, from remote, monkey filled amazon rainforests of South America, to bear filled rainforests in British Columbia and beyond. He may not have grown up traversing the National Parks as a child, but he’s more than made up for lost time.

He first came to the Greater Yellowstone ecosystem 20 years ago to conduct forest carnivore tracking surveys through the Wyoming Range in the Bridger-Teton National Forest. He applied to work at the Four Seasons Jackson Hole as one of their naturalist guides. “I flew here from South Texas to go attend my interview. When Four Seasons told me the interview process was 3 stages long, I decided to hedge my bet and apply to other wildlife tour operators in Jackson Hole. Jason, owner of Jackson Hole Wildlife Safaris, was the quickest to respond to me cold sending my resume to him. I think I had an interview that afternoon. We hit it off, so I decided to work for Jackson Hole Wildlife Safaris. It was fate because our reputation earned us the bid for running the Four Seasons Wildlife Safari in-house program the next year.”

Seth’s favorite part of his job is that he gets paid to drive around looking for animals which is what he would be doing anyway. An added bonus is that he gets to meet interesting people from all over the world and they pay to listen to what he has to say. It’s a mutually beneficial ego-boost, really.

“I hope, after spending time with me, my guests take away from their experience, that there are places on this planet where all the components are still intact. What I mean by that is, every species that was here during Lewis and Clark’s time are still here now. All the megafauna are still roaming around. So, we can have wildlife and progress simultaneously, if we treat the earth right.”

Seth’s chosen career allows him to travel the world looking for wildlife, sourcing new travel destinations and finding others who want to travel with him. He likes to seek out infamous destinations, known for being dangerous and wild. The weird thing is, those places are never as dangerous as they are portrayed. Instead, the wildness of the place gives it an undeniable beauty. One of Seth’s most memorable adventures involved getting deeply “lost” in the amazon rainforest a hundred miles away from the nearest road. He felt connected and disconnected at the same time; a profound experience to have deep in the jungle and one he will never forget. His favorite expedition memory though? Catching the bright eyes of a jaguar staring him down while he traversed on a night walk with a flashlight in the Amazon. “Powerful,” he says.