Home Blog Polar Bears and Icebergs … lettuce, that is.

Polar Bears and Icebergs … lettuce, that is.

The Churchill Northern Studies Centre, located 23km outside the town of Churchill, Manitoba is the home base for all Jackson Hole Wildlife Safaris’ polar bear expeditions. The Centre’s commitment to sustainability and wildlife was a draw for owner Jason Williams when he first visited Churchill several years ago.  The layout of the building, the community style arrangement, and the simplicity of sleeping quarters, dining hall and communal areas made it a great fit for our guests wanting to learn about and photograph polar bears. Amenities are limited in Churchill, but the Centre is the perfect spot for adventure, education and research to converge.

Jackson Hole Wildlife Safaris understands that scientific research is a crucial element in wildlife preservation and is proud to support the work done by researchers and students at the Centre.  In 2018, Jackson Hole Wildlife Safaris donated a vehicle for use at the Centre. Reliable vehicles are crucial for the Centre because of the remote location and lack of inventory and supplies for an easy fix.  Every time we bring a group in to stay, tourism dollars go to support this local non-profit organization.

The location of the Centre makes it an ideal partnership for Jackson Hole Wildlife Safaris because of the ready access to polar bears.  Most polar bear trips offered in polar bear country require tundra buggy access and are only available on designated tours. By staying at The Churchill Northern Studies Centre and using vehicles from there, we are able to do vehicle based, small group tours. The Centre is the only accommodation in Churchill with ready access to scientists and research materials and it is one of the reasons that Jackson Hole Wildlife Safaris chooses to utilize the centre as the hub for wildlife viewing and photography.

The Centre, a LEED Silver project, was specifically designed to integrate with the landscape.  Prairie Architects modeled the shape of the building after the Bombardier snow bus, used in the 1950’s in the arctic, for maximum efficiency.  The long orientation of the building allows the sustained northwest winds to carry drifts away from the building, thus reducing the need for clearing snow, a safety necessity to keep a clear view of curious polar bears.

The Centre is a hub for research and field work and also welcomes visitors all months of the year.  Educational tourism helps support this non-profit, which in turn helps support arctic research. The Centre is committed to understanding and sustaining the north and does so through educational programming, research facilities management and partnerships.

The Centre houses more than just arctic wildlife research.  The scope of research also includes cultural and economic research like community sustainability and tourism resilience.  One of the ongoing projects of the center is a hydroponic growing system, aptly named Rocket Greens.

Rocket Greens, Churchill’s newest greenhouse, is one solution to food insecurity in Churchill.  When the rail line was damaged in 2017, goods that normally came in by rail had to come by air, as the rail line was the only land link from Churchill to the rest of Manitoba.  The cost of goods escalated; in some cases, a head of romaine lettuce might cost $7.50. Now, greens can be made available to residents at $3.50 per item, or six items for $20.00, and it is fresher than anything coming in from southern Manitoba.  Because it is grown and distributed right in Churchill, there is also less waste and packaging for each product sold.

CNSC uses a system designed by Growcer Modular Food Solutions. A shipping container outfitted with hydroponic equipment is used to grow the vegetables, which start as seedlings in small pots before being transferred to nutrient-rich water tables.  The system is designed for growing in remote northern communities and is based on a similar system that has been tested in Alaska. Basler says this is the first time it has been tested in Canada, but similar projects are slated to start soon in Norway House, Man., as well as Iqaluit.  So far, the project has produced about 1,800 plants and 1,200 seedlings, and on Thursday they had between 320 and 340 vegetables to sell, with about the same expected to be ready each week.  They are also in the process of setting up a subscription service, dubbed the Launch Box, which will deliver fresh produce to people’s homes every week.CBC News

Rocket Greens takes its name from the CNSC site, which is located in a decommissioned rocket launching facility that was jointly managed by Canada and the US from 1954 to 1970.  The Canadian National Research Council managed the site after the US withdrew from the operations, but deserted the facility by 1985. In 1994, a private aerospace company signed a 30 year lease with the Canadian government but only ended up successfully launching one research rocket before it shuttered operations in 1998.  The Churchill Rocket Research Range was officially recognized as a National Historic Site of Canada in 1988. The current Centre was completed in 2011 and is a LEED Silver certified building. 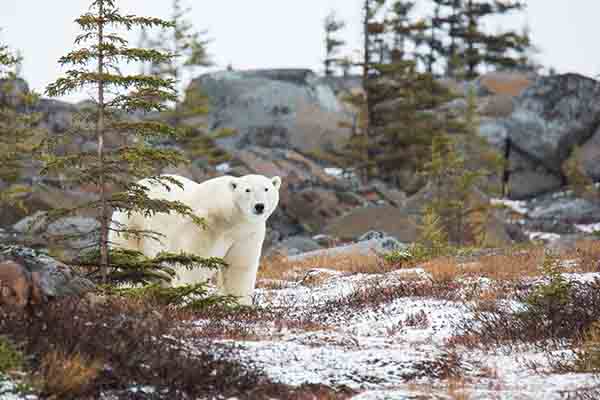 Interested in showing support for this sustainable non-profit in the great north?  Visit the Churchill Northern Studies Centre website to learn about giving opportunities.  www.churchillscience.ca

Do you want to join a polar bear trip this year?  Jackson Hole Wildlife Safaris has two departures planned, one in October and one in November.  Space is limited, so reserve your spot today. 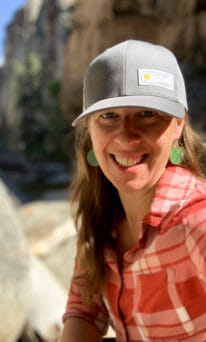 Do'er of Stuff
See Bio
Back to Blog