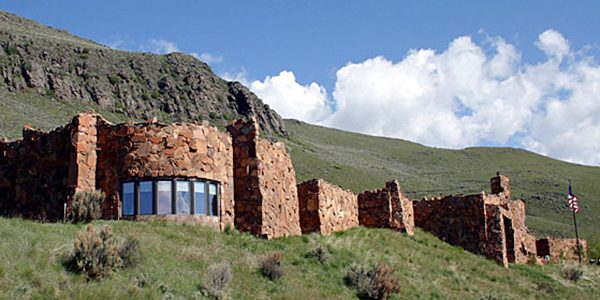 Check out event details at WildlifeArt.org

Free to all guests.

Storytelling at the museum is an exciting opportunity for young visitors to engage with the art through looking, reading and art making in the galleries. All materials are provided. No pre-registration needed unless you bring a group with more than 4 children. Call Jane at 307-732-5417.

Admission is $5 for food tasting from Palate, or FREE for members.

Members will also receive a gift for attending.

Join us for our annual foodie Mix’d Media! Be a food critic for the evening, by voting for your favorite items to be included in the Palate menu at the Museum.  You will also be entered to win “Dinner for 2” at Gather.  Snake River Brewing will bring its popular Jenny Lake Lager for purchase. While indulging in great food, you can also create fanciful animal snowflakes! Hack Tours will be offered by Ann Marie Babb and Nyssa Peele at 7 and 8 p.m. Freda Felcher and the gang will play live funk music! Samples of Grand Teton Vodkas and Whiskey will be offered and mixed cocktails available for purchase. If you chose to have your ring cast in silver at December’s Mix’d Media, be sure to come to January’s Mix’d Media event to pick up your ring!

Sandy Scott received her formal art training at the Kansas City Art Institute and later worked as an animation background artist in the motion picture industry. She turned her attention to etchings and printmaking in the 1970’s and to sculpture in the 1980’s. Born in Dubuque, Iowa in 1943 and raised in Tulsa, Oklahoma, she works today in Lander, Wyoming in a studio near the foundry that casts her bronzes. She also maintains studios on Lake of the Woods, Ontario, Canada, and in the mountains of northern Colorado. Sandy is an avid outdoorswoman who loves to hunt and fish. She has made 16 trips to Alaska as well as Europe, Russia, China and South America.

“Aesop’s Fables” includes 25 local and national artists, each illustrating one of Aesop’s best known tales. Aesop is said to have lived about 620–560 BC and to have been a slave on the Greek Island of Samos, later freed by his master Iadmon. Aesop compiled fables originally have been passed down through oral tradition. They were among the first illustrated books to be produced, the earliest of which were produced in Bamberg, Germany, in 1461. “Aesop’s Fables” is a collaborative project curated by Associate Curator of Art and Research, Bronwyn Minton. This exhibit will be in keeping with the projects that Minton has been creating in Jackson over the past 13 years. These exhibits have been highly successful in creating a sense of community, both among the artists who participate and among those who appreciate their art.