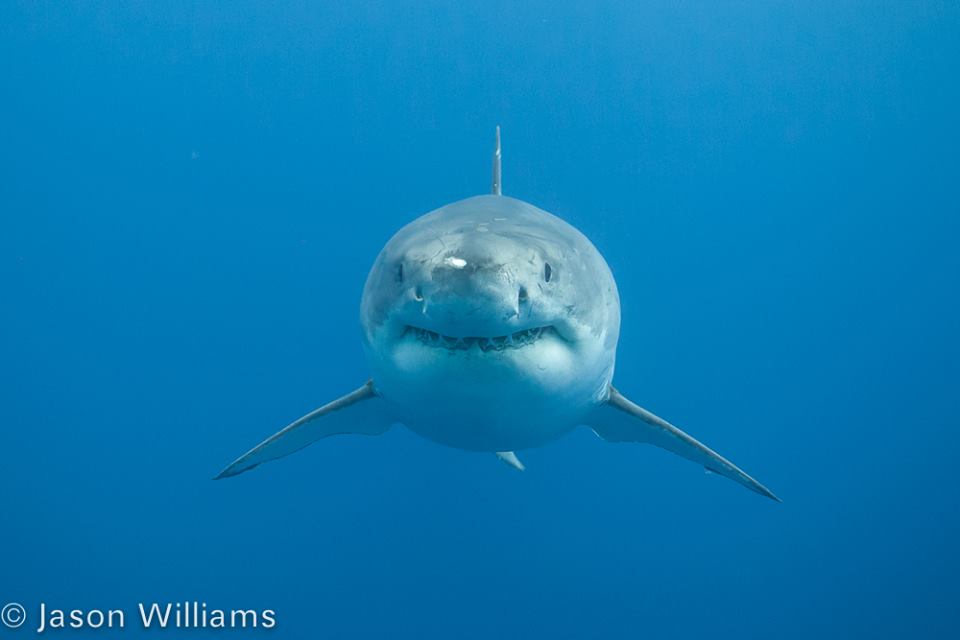 As the first shark cage of our expedition was lowered into the dark pre-dawn water, one of Quint’s famous lines from Jaws seemed more than appropriate. “You go in the cage, cage goes in the water, shark’s in the water, our shark”, Quint said to the researcher before walking away singing his farewell song made famous in the 70’s thriller that ruined many a would be ocean goers. The thought is interrupted by our captain, Bryden, announcing that the pool is open.

We arrived the night before after an overnight crossing from Ensenada to our anchorage 250 yards off the rocky beach of the remote island of Guadalupe, Mexico. The remoteness of the place is obvious with the welcoming committee being a handful of coastal sea birds, bats and the call of the occasional sea lion lounging on the beach with a handful of seals. The captain announced with a smile that the first cage would be open promptly at 630am as advertised and it certainly was. A small group of us were chomping at the bit despite it being basically pitch dark.

We entered the cage from above to be met with blackness. Unless a great white swam right up to the cage we probably weren’t going to see anything. As we bobbed around breathing through a snooba system providing air from the boat’s compressors, the light slowly improved and the visibility increased but the sharks did not appear. We had made a rookie mistake on two fronts. The first is pretty obvious – you need light to see! The second, and more interesting, is that great whites are pretty shy animals despite their being a dominate ocean predator. Without something to bring them closer they would just slowly patrol just out of sight and keep an eye on us until there was something more interesting than a couple neoprene clad monkeys bobbing around in a cage.

Now the smile on Bryden’s face was apparent – he had done this before and knew that most of us would wake up early and few of us would jump right in until we were cold and hungry enough to come up for breakfast. Honestly it didn’t take me long and after about 30 minutes I traded the cage for a coffee. My fellow early birds stayed in and within the hour saw their first shark lingering in the distance, a silhouetted shadow in the distant blue staying just out of site. This monster of the ocean, king of the oceanic food pyramid, known for jagged teeth and being a killing machine was not being overly curious and certainly more cautious than I would have guessed. As we would learn, even with bait in the water they were very careful on the approach and would often pass up opportunities to grab a snack, instead swimming past and clearly surveying the situation.

Our ship for the expedition, the Belle Amie, was equipped with two surface cages (one deeper and one right on the surface) and three submersible cages lowered into the water by a mechanical winch. Captain Bryden worked out a schedule for all the divers and at 8am the day really began. The 3 cages each had a divemaster in addition to 3 divers with the surface cages open all day. Once the bait started to go down with each cage the sharks began to approach more closely with up to four great whites at a time taking interest in the monkeys in cages (us).

Most of the time they swam slowly around the perimeter of the cages, often lower in the water column staying just below us. If something caught their eye they would change angles and swim up towards the surface, take a quick look and then drift back down into the depths. They are graceful swimmers, expending very little energy to move effortlessly though less curious than I would have expected.

Having spent time in the water with tiger sharks, hammerheads, bulls, lemons and a variety of reef sharks, I assumed the white shark would be the boldest, most curious and most aggressive (this inaccurate expectation was probably not helped by Jaws!). On the contrary they were very polite and, even when inquisitive, would change angles if you pointed your camera right at them (probably because it looks like a big eye and directly facing another animal is a sign of aggression). It was actually difficult to get one close enough to get a head on shot because even hanging out of the cage to get the camera in front of them they would change direction to move laterally to the camera.

Despite the challenges of shy sharks and varied visibility we had fantastic encounters with both males and the larger females that arrive later in the shark season to Guadalupe. The divemasters worked tirelessly to keep the sharks interested using a variety of tricks they have learned over the years. The scraping of a tuna head on the grate of the cage might have been one of the more effective as it left a scent trail and had a tearing sound that might have simulated the tearing of teeth on flesh.

Between dives the crew of the Belle Amie provided outstanding service making sure we all had plenty to eat and drink – even on the dive deck. Each evening we enjoyed home cooked meals together in the spacious galley and soaked in the hot tub on the upper deck with a glass of wine and stories to share from the day underwater. The rugged Isla de Guadalupe towering over us gave the feeling of being in a Jurassic world despite the luxury of spacious rooms and absolute pampering.

After our last day of diving we pulled up the anchor and headed back towards Ensenada. The 22 hour return crossing was a bit more rough than our trip over but still not too bad as long boat trips go. We lounged around, processed photos and discussed future adventures.

For more information on this itinerary and other expeditions in our Rare Expedition line check out our expedition page at www.jacksonholewildlifesafaris.com

Learn more about our Rare Expeditions 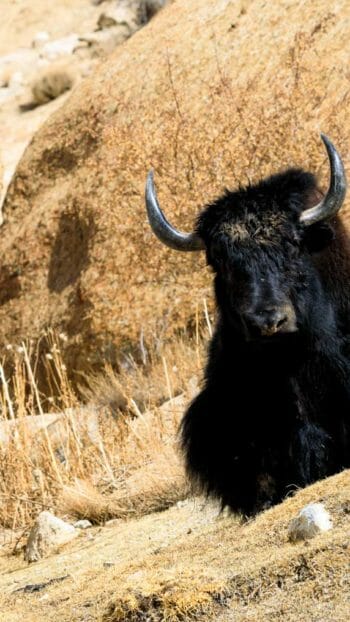