Home Blog From the field: Current wildlife sightings and other observations in Jackson Hole (Week of Feb 15, 2015)

From the field: Current wildlife sightings and other observations in Jackson Hole (Week of Feb 15, 2015) 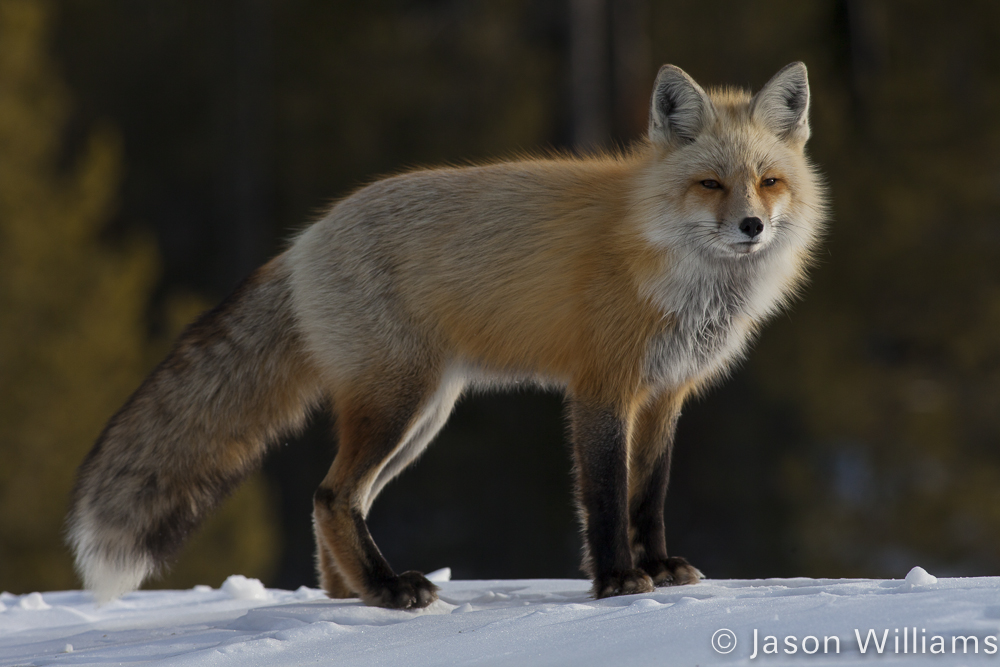 The warm weather in Jackson Hole has certainly not been a bad thing for the wildlife trying to survive Jackson’s typically harsh winters. We got off to a big start with early storms blanketing the valley with several feet of snow followed by warming that caused the fluffy powder to melt into a much denser form. Then came below zero valley temperatures causing the valley snowpack to freeze into an almost impenetrable blanket. When this happens wildlife struggles to find enough food across the valley. The moose escaped into the river bottoms and trees in search of food leaving the open plains like Antelope Flats completely devoid of animals (where we would usually see dozens of moose enjoying the bitter brush and rabbit brush ticked down beneath the sage). Elk were pushed into the southern end of the National Wildlife Refuge and we were even seeing bighorn sheep, pronghorn and elk all sharing the small melted off portions of south facing hillsides.

Now the National Elk Refuge is almost snow-free allowing the animals to disperse and enjoy the untouched vegetation that was locked behind the once dense snow. On top of all this action many of the valley canines have also been more active than normal as they head into their breeding season. We have been seeing red fox, coyotes and even wolves on the majority of our trips this last week! The pair of fox are back at Colter Bay, the coyote are pairing up and can be seen valley wide and wolves have been active around Blacktail Butte and a lone black wolf was spotted by our guides moving north past Triangle X Ranch!

Of course all of the other wildlife have been putting on quite a show including the bighorn sheep on the Elk Refuge, the wintering pronghorn in Jackson Hole (with one small group in Miller Butte and another south of town and as always the huge wintering herds of elk.

Please remember to give all wildlife plenty of space but especially the more habituated animals like our resident Colter Bay fox. They have been getting food rewards from fisherman who share their catch up on the lake leading rangers to haze them to try to counteract the conditioning. Though fox aren’t much risk to humans it is better for them to keep their distance.

The warm temps have also brought some area grizzlies out of their dens as well so keep you eyes peeled and make sure to travel with bear spray. Though none have been seen in Jackson Hole it is still a good idea – even for the chance encounter of one of the area’s denning cougars.