Home Blog For the Love of Jackson Hole’s Moose: Part 1

For the Love of Jackson Hole’s Moose: Part 1 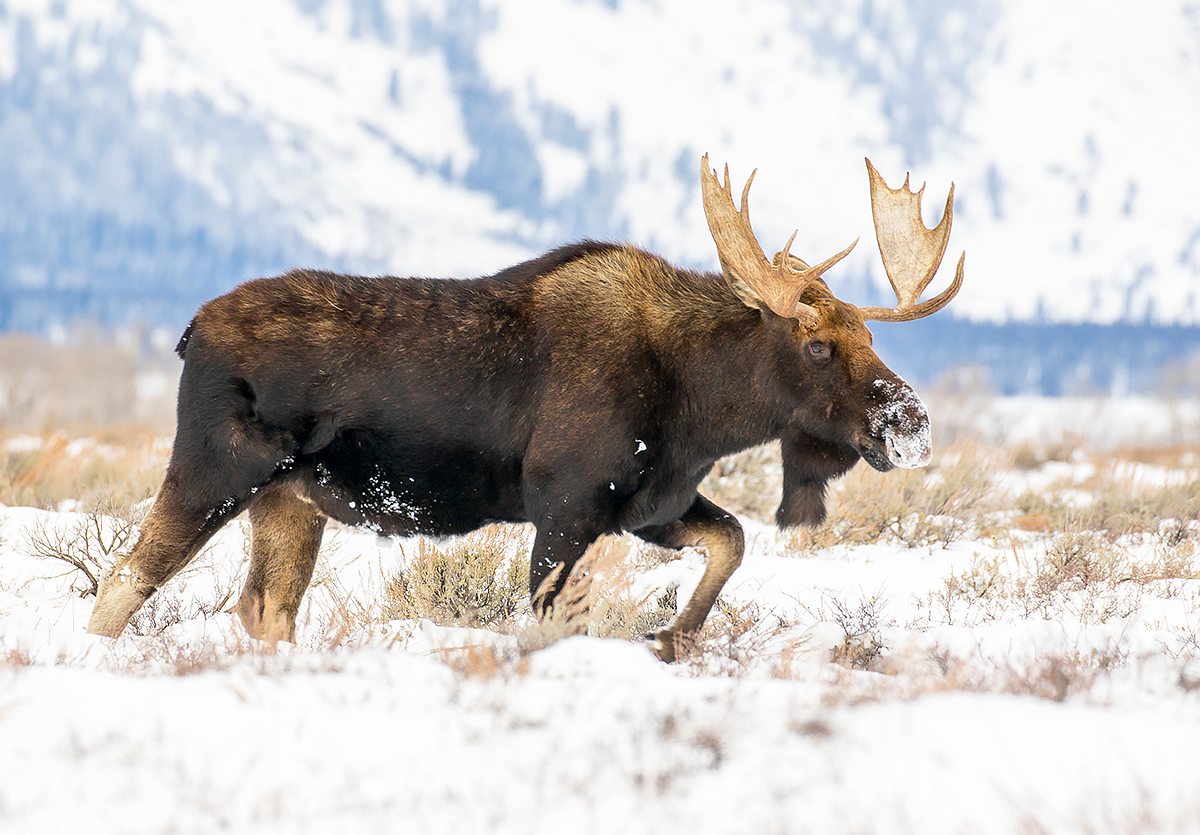 Moose in the Wild

Moose, the largest members of the deer family, are one of the most iconic and beloved animals. Adults and children marvel when they see their first moose. Everyone loves the bulls, with their giant set of antlers and the cows with their long faces and tender care of the young. When we better understand these animals, we enrich our viewing experience.

Moose are a circumpolar species spanning across the northern stretches of North America, Europe and Asia. All moose originally came from an area of Far East Russia known as the Amur region. Roughly 30 million years ago, moose migrated west across Asia and into Europe. They are found scatter across northern Asia, European Russia, northern Europe and Scandinavia. Approximately 11 thousand years ago, moose traveled across the Bering land bridge that connected Asia and North America during the ice ages. Eventually, as the ice receded, moose migrated across North America populating Canada and the northern stretches of the United States from Alaska to Nova Scotia. Moose extend south roughly from Idaho- Wyoming to the northern parts of New York. Occasionally you will find them further south but this is not their prime habitat.

As moose successfully adapted to their new habitats, small changes in body size, antler size and other skeletal changes occurred. Scientist group similar animals with these small changes into categories called subspecies. They look the same as the other members of their species but they are distinct enough to be grouped together. There are a total of eight subspecies of moose with four in Eurasia and four in North America. Alaskan moose, located in the Yukon and Alaskan regions are the largest of the North America subspecies with bulls over 1600 pounds. The northwestern and northeastern subspecies are similar is size (bulls approximately 1200 pounds) and our Sharis or Wyoming moose are the smallest American subspecies (bulls roughly 900 pounds).

Like most large animals moose are herbivores; they eat plants. During the summer, moose will consume roughly 40 pounds of tender leaves. Imagine how many leaves it takes to make forty pounds. Like cows, they have a four-part stomach and will frequently be seen ruminating or re-chewing their food. However, unlike cows, they typically do not eat grass, moose are browsers and they eat tree and shrub leaves. They eat over 250 different plants however their favorite is willow. In the winter their metabolism slows and they will only consume about 20 pounds. This is good because most of the trees have lost their leaves; moose winter diet consists of deciduous twigs such as willow and fir trees.

Moose are a cold weather species; they love the snow and lower temperatures. In fact, moose are heat-stressed when the temperature is above 47 degrees in summer and 28 degrees in winter. The reason for the difference is moose shed their winter fur coat in late April-early May and do not completely grow back their next thick winter coat till autumn. Because moose are so sensitive to higher temperatures, you will frequently see them in shallow lakes, ponds and other bodies of water. Moose also eat aquatic plants because these plants have a higher sodium content that they need for bodily functions, land plants have much less sodium.

Moose in the Greater Yellowstone Ecosystem

In the greater Yellowstone ecosystem, which includes Yellowstone and Grand Teton, the National Park Service estimates we have slightly less than 1000 moose with approximately 200 of them in Yellowstone and the remainder in the Tetons. Moose move around to prime feeding grounds throughout the year. In late spring and summer moose are found in riparian (wetlands, river banks and beaver dammed rivers) areas. During the fall and winter, moose gradually move into the sagebrush-bitterbrush meadows and fir-spruce forests.

On our tours, moose are among the top three requested animals. The other two are bears and wolves. Bears and wolves can be elusive however, despite the relatively low number of moose in our ecosystem, we typically find moose on most trips, sometimes many moose in multiple locations. If you have never seen a moose relatively close, you will be in for a real visual experience. Their long noses, big ears, goofy smile and calm demeanor will leave you with a smile. However, do not underestimate moose, they will fiercely protect their young and their personal space. Practice wildlife etiquette and observe them from the safety of a vehicle or at least 25 yards.

Search for Moose in the Wild 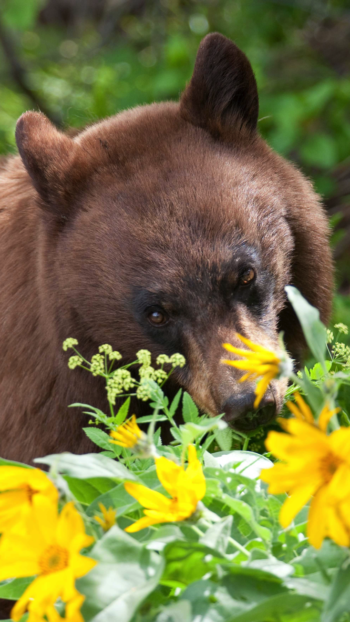