Home Blog American Solar Eclipse of 2017: Are You Ready?

American Solar Eclipse of 2017: Are You Ready?

The great American eclipse of 2017 is finally upon us! In three weeks, on August 21, 2017, the moon will gradually move in front of the sun causing the first full solar eclipse to cross America coast to coast since 1918. It won’t be repeated again until 2045 making this event a once in a lifetime experience for many people! It is estimated that more than 47 million people live within 100 miles of the path of totality which extends from the central Oregon coast to the central coast of South Carolina. Most of the path of totality is will pass through rural areas posing a particular challenge for locals in those areas and the large number of visitors that will be descending on these places. 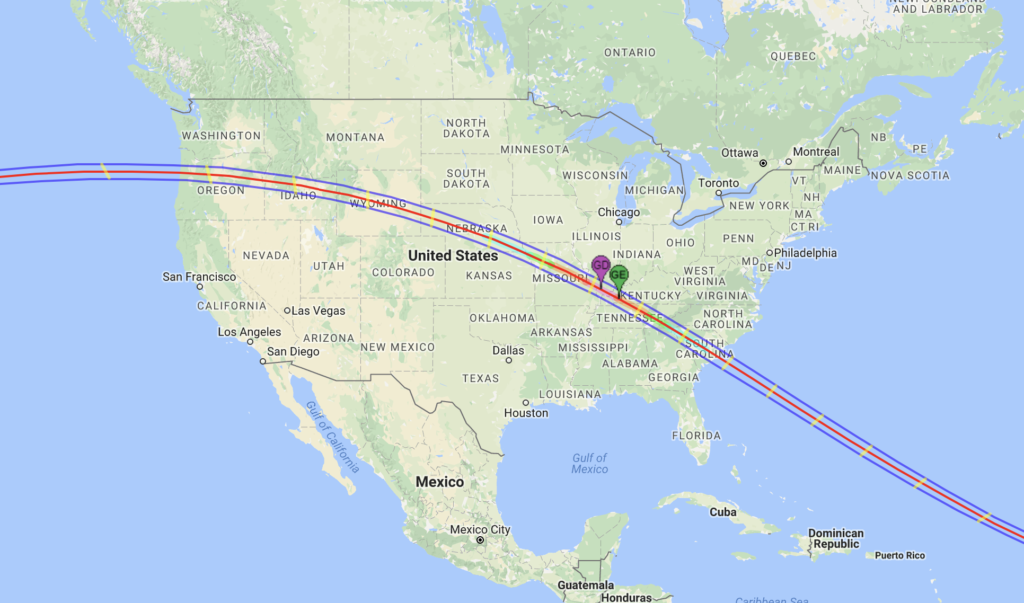 Jackson Hole and Grand Teton National Park are considered one of the best places in the world to see the 2017 solar eclipse making our small rural town one of those places uniquely challenged. While we have more infrastructure than many places along the path of totality – we are still expecting to be challenged by the influx of visitors. August is already our busiest month with 20-30 thousand visitors a day not uncommon. Some in Jackson Hole are estimating over double that number in the valley alone (not including regional traffic) which will certainly strain our infrastructure and make everything a bit more challenging that day. I have heard from dozens of people who are having 8-12 people stay at their houses during the event – I have to assume that is going to be the norm rather than exception.

This will create challenges from emergency services to bathrooms. Grand Teton National Park began reserving as many porta-potties as possible over a year ago that will be stationed throughout the park. (On a recent NPR program about challenges facing communities during the eclipse bathrooms were said to be highest on the list!). Emergency services and keeping roads moving is another big concern. Especially in a place like Jackson Hole where there aren’t many roads anyway, keeping people moving and not bottlenecked at certain spots is crucial. Making this even more of an issue this year is a major road project south of Jackson, a washed out bridge on Spring Gulch Road, a section of damaged road along the Gros Ventre River leading to Kelly and a major improvement project taking away parking and infrastructure at South Jenny Lake in Grand Teton National Park.

Adding to all this it is expected that cell phones will probably not work throughout the day in Jackson Hole due to limited bandwidth on our local towers. We can barely send texts and make calls from the northern part of the valley as it is so adding a bunch of users will most certainly cause interruptions. I think Superintendent of Grand Teton National Park, David Vela, said it best at a meeting this spring. “It’s not what we know that worries me – it’s the unknown that I am concerned about”, which he said before the road closure and damage from spring flooding!

We at Jackson Hole Wildlife Safaris can’t agree more with Superintendent Vela’s concern about the unknown. We just don’t know what to expect or that we can provide our guests with the high quality experience that we can normally promise. That is why we have decided to close on eclipse day and not operate any tours (plus frankly we are really good at what we do but none of us are astronomers so it’s a bit outside our educational wheelhouse!

Here is how we are planning ahead and preparing for the eclipse.

First and foremost we are planning to stay put! I am not going anywhere. Not only will our fleet be safely parked, so will I! This is recommended as the best way to view the eclipse for anyone who is lucky enough to live within the path of totality. Even for visitors who have a place to stay along the path – we recommend staying where you are and viewing from at or near your lodging. If you are going to an event or insist on traveling to somewhere else remember that you aren’t the only one. Plan on gridlock starting really early. We expect regional traffic to start moving very early the morning of the 21st (Some people will probably even start arriving the day before even without a place to stay). It should be noted that parking along roadways will not be allowed throughout Teton County due to a risk of fire and the need to keep the roadways clear. Grand Teton National Park plans to have the road to Kelly designated as one way with one lane dedicated to parking but no-one is allowed to set-up anywhere in the park until the day of the eclipse. If you do drive in and find a spot it is recommended that you come prepared to stay put and not move around during or just after the eclipse. That will help with congestion and make the experience and lot less stressful for you!

Make sure to stock up on supplies a couple days before. Not only will the local stores be busy – they may also run out of some basic supplies. Per planning tip number one, be ready to stay put. You think shopping on Thanksgiving is bad? Gas is also a concern so fill up before eclipse day just in case there are shortages where you choose to go view from – especially if it is rural like Jackson Hole. Given that it’s summer make sure you have plenty of water, sunscreen and the right clothes to be out in the weather.

Be prepared to be without cell service! As mentioned above, cell towers in rural areas with a ton of people logging on at the same time could cause service outages. While being disconnected from Facebook and Instagram for a few hours is bad enough, don’t forget that unless you have maps loaded on your phone you may not be able to use navigation in some places. Bring a paper map of the area you are visiting just in case and be ready to be disconnected – an uncomfortable feeling for many! We are assuming the cell phones are not going to work and are making plans as a business to be without them just in case.

Order viewing glasses, filters and guide books in advance! It’s important that throughout the eclipse you do not look at the sun without using certified filters – that can be either solar viewing glasses, solar filters or using a reflection of the sun on a surface through a small hole.  There is a whole cottage industry of solar eclipse viewing products popping up. It’s important to only buy certified products from a trusted manufacturer. Make sure they are “Made in USA” by one of the following:  Rainbow Symphony, Thousand Oaks, TSE or American Paper Optics. Make sure they are “ISO 12312-2” or “ISO 12312-2:2015” and have that printed on the filters. In addition to making sure your eclipse shades or handheld viewers meet the ISO safety standard, make sure they are in good condition: If the filters are torn, scratched, or punctured, discard them. If the filters are coming loose from their cardboard or plastic frames, discard them. Your eyesight (and camera sensor) are too valuable to take a chance!

Practice Leave No Trace Principles during your visit! Please stay on existing roads and trails to avoid damage to area resources. Make sure to pack out all of your trash and belongings so the area you view from looks as good or better than when you arrive. It’s also important to store food in a way to avoid conflicts with wildlife (and obviously don’t ever feed animals!).

Don’t start a wildfire! Be aware that late August is usually our highest fire danger due to hot dry conditions. Make sure not to park in tall grass as the underside of your vehicle can ignite the dry vegetation underneath the car. Open flames, fireworks and other sources of heat should be avoided at all costs! While a good tailgate BBQ if fine in a parking lot, it’s not appropriate for the side of the road in a National Park or other rural, uncontrolled place! It should go without saying that shooting off fireworks is a terrible idea!

Here are some resources to help plan and make the great American Eclipse of 2017 a great success instead of a disaster:

If you are still looking for lodging in Jackson Hole the Jackson Hole Chamber of Commerce have you covered. They have an up to date list of their members who might still have some accommodations available. https://www.jacksonholechamber.com/events-calendar/total-solar-eclipse/

If you need to order eclipse glasses and filters try BH Photo and Video. They have a great selection of gear for watching and photographing the eclipse! https://www.bhphotovideo.com/c/solar-observing/ci/33818/N/3583558376/sba

If you are coming to Jackson Hole (or live here) check out http://tetoneclipse.com for additional information and resources.

Here’s a great video produced by Nasa that explains the upcoming eclipse.

Of course NASA can’t be beat for resources for all things space! Here’s their eclipse resource page which is outstanding! https://eclipse2017.nasa.gov