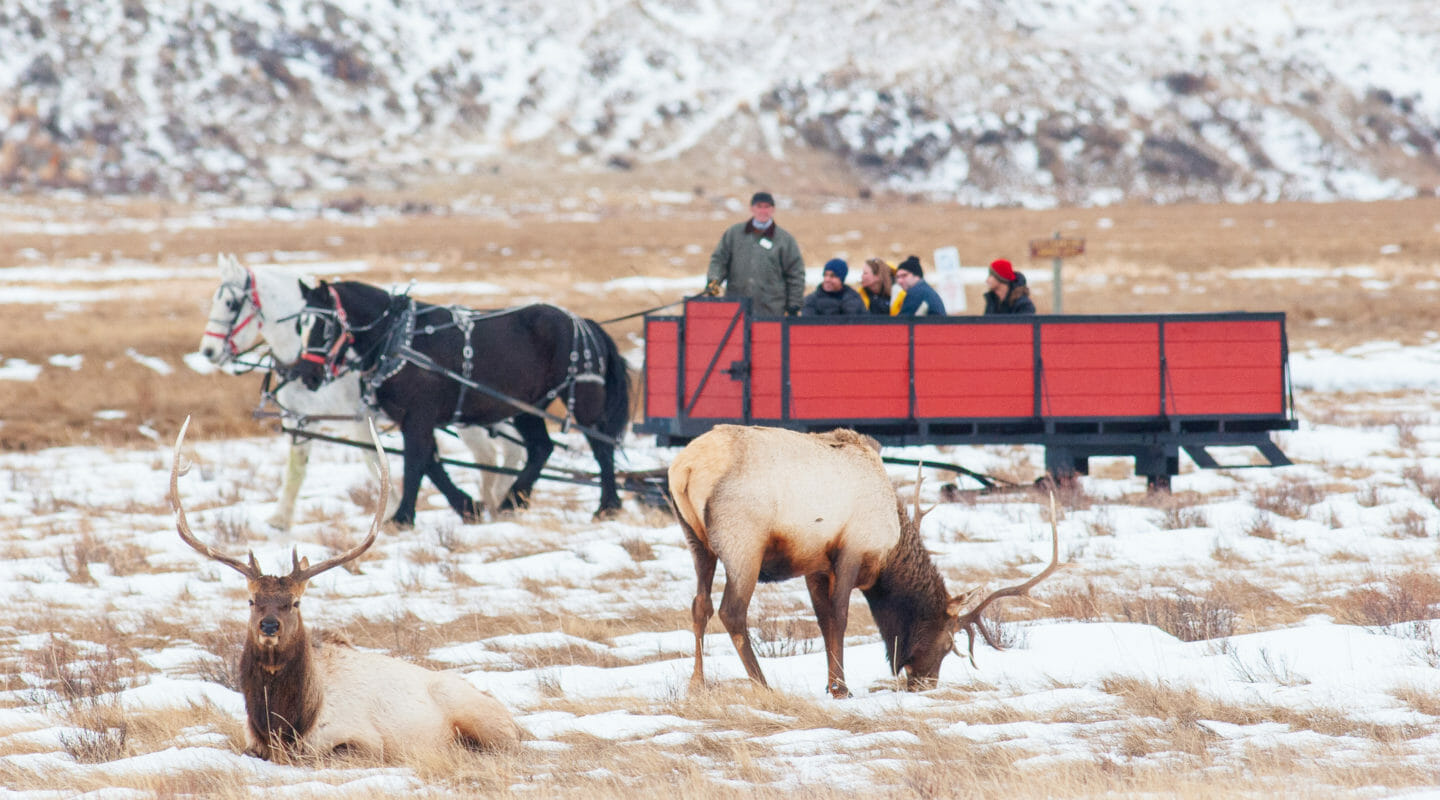 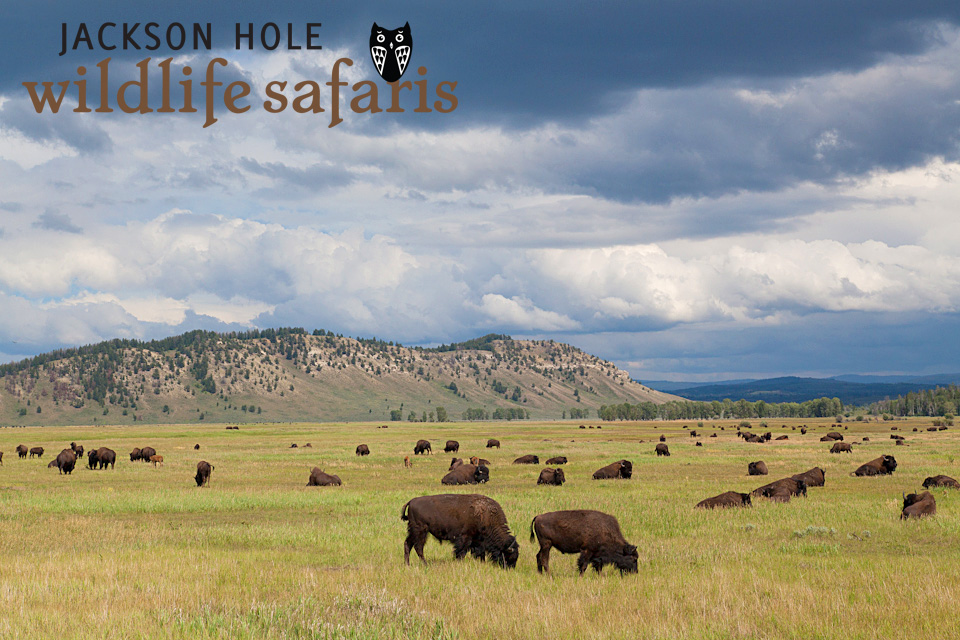 As the sun rises on a frosty spring morning in western Wyoming, one of the longest mammal migrations in North America comes to its seasonal end. The Pronghorn have returned to the magical valley of Jackson Hole for the summer, just as they have been doing since the last Ice Age. This majestic animal, often mistaken as a type of Antelope, has survived in North America to become the last remaining species in a family of hoofed animals that roamed the continent millions of years ago. As the first returning herd of Pronghorn look down from the Gros Ventre Mountain range into Jackson Hole, they follow a familiar path, one their descendants have been using for thousands of years.

Jackson Hole, the valley they have traveled so far to spend their summer in, was named after Davey Jackson, an American trapper who became one of the first people to live in the valley year-round. Davey Jackson, like the native American hunters and the Pronghorn before him, found his way to this ‘hole’, or mountain valley, by following well established game trails. These distinct and often intuitive routes through a geographically complex landscape formed the precursors to the trails, roads and river crossings travelers use today. When you hike a well worn path or drive along one of the valley’s scenic routes, chances are that countless pronghorn, elk, bison and deer traversed this country for thousands of years along that very trail before you. They were followed by the valley’s predators, like the coyote, bear, wolf and mountain lion and later by Native Americans and European trappers, all of them relying on the valley’s migratory animals for survival.

Like Pronghorn, the large Elk herds of Jackson Hole will migrate seasonally, though not nearly as far. After spending the winter in the valley lowlands, thousands of wintering elk begin their gradual journey back into the high country for the summer. Slowed only by melting snow and nutritious spring vegetation, many will travel from the National Elk Refuge all the way to the southern half of Yellowstone, where they will spend the summer foraging on the fresh sub-alpine vegetation found at higher elevations. During their absence the vegetation that sustained them through the winter will be left to regenerate during the growing season and with the right combination of precipitation and sunlight be ready for them by the next winter. 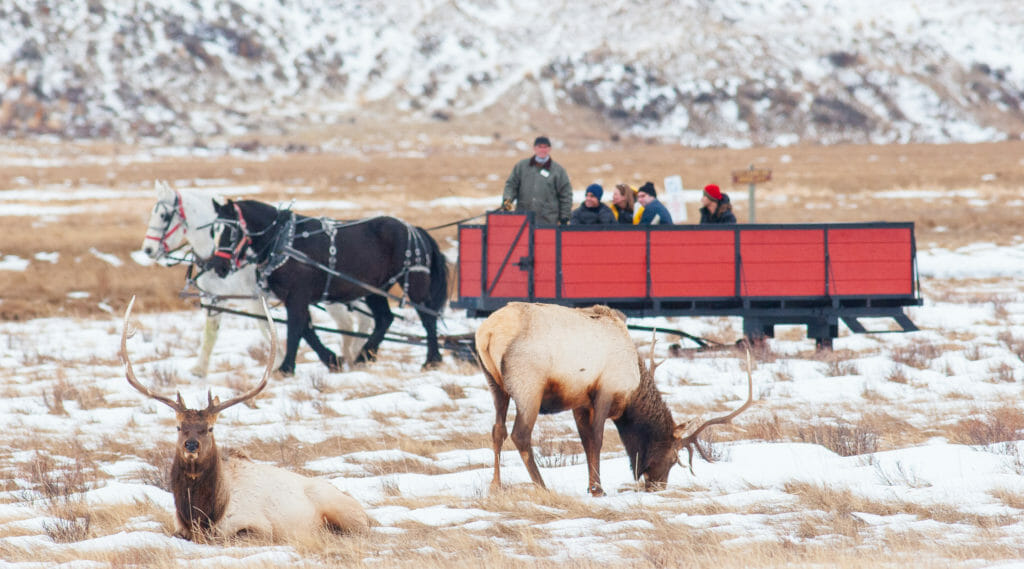 As Spring progresses, pregnant cow elk will return to annually used calving grounds, like Willow Flats below Jackson Lake Lodge, where there is plentiful spring forage and good hiding places for their newborns. Pronghorn does, like the cow elk, will also hide their fawns in vegetation while grazing nearby but will tend to stay in the open sage meadows throughout Teton National Park. Despite being born odorless and smartly hidden by their mothers, the newborn calves and fawns are vulnerable as they gain strength and learn how to walk and run. The ecosystem’s predators are not only tuned in to the migratory paths of prey but also their reproductive cycles. Coyotes, Wolves, Grizzlies, and Black Bears will descend upon known calving grounds in Spring and early summer in hopes of a high protein, life sustaining meal. Though brutal this seasonal dance is integral in maintaining a keen, genetically strong population of both predator and prey species.

There are 17 carnivores, or meat eating animals, in the Greater Yellowstone ecosystem (GYE) including two members of the Ursidae or bear family. Jackson Hole is home to both the American Black Bear and the Grizzly, a sub-species of Brown Bear. Both of these omnivores have evolved into extremely intelligent opportunists that thrive, in slightly different ways, on seasonally available food sources that suit each species. The Black Bear is a forest dweller that seeks out everything from leafy greens, tree cambium and berries to ants, elk calves, and carrion. The grizzly, on the other hand, has evolved to thrive in more open areas where they are frequently seen grazing on spring vegetation like glacier lilies, dandelions, grasses and sedge or digging up pocket gophers, roots, corms and tubers. Despite their reputation as a fierce predator, grizzlies have a seasonally varied diet, with over 60% being vegetation. The rest typically consists largely of spawning cutthroat trout, ants, army cutworm moths and any carrion they can scavenge.

The herd animal least concerned with most of these predators is the American Bison. With bulls weighing over 2000lbs, the Bison is the largest land mammal in North America. Their size, combined with an ability to run 40 mph and jump over fences, makes them less susceptible to predation due to their ability to defend themselves from attack. There are around 900 Bison in Jackson Hole and can frequently be spotted on Antelope Flats or the north end of the National Elk refuge where they spend most of their time grazing on the valley’s grasses. Bison, once thought to be a type of buffalo, roamed across the great plains with an estimated population of 40 million. Though this ancient animal was brought to near extinction in the wild due to overhunting, today the Jackson Hole herd is thriving as one of the larger free roaming bison herds in the world.

The Jackson Hole of today remains a wild and undeveloped landscape, much like it was when the first Pronghorn migrated here thousands of years ago. As part of the largest intact temperate ecosystem in the world, Grand Teton National park and Jackson Hole are considered by many to be the best wildlife viewing in North America. John Muir said, “Everybody needs beauty as well as bread, places to play in and pray in, where nature may heal and give strength to body and soul”. With four major habitats supporting over 1000 species of vascular plants, over 3oo bird species, 16 types of fish and 61 species of mammals Jackson Hole is one place on earth to do just that.

This article was published in the 2012 edition of the Jackson Hole Explorer Magazine. Article and photos by Founder and CEO of Jackson Hole Wildlife Safaris, Jason Williams