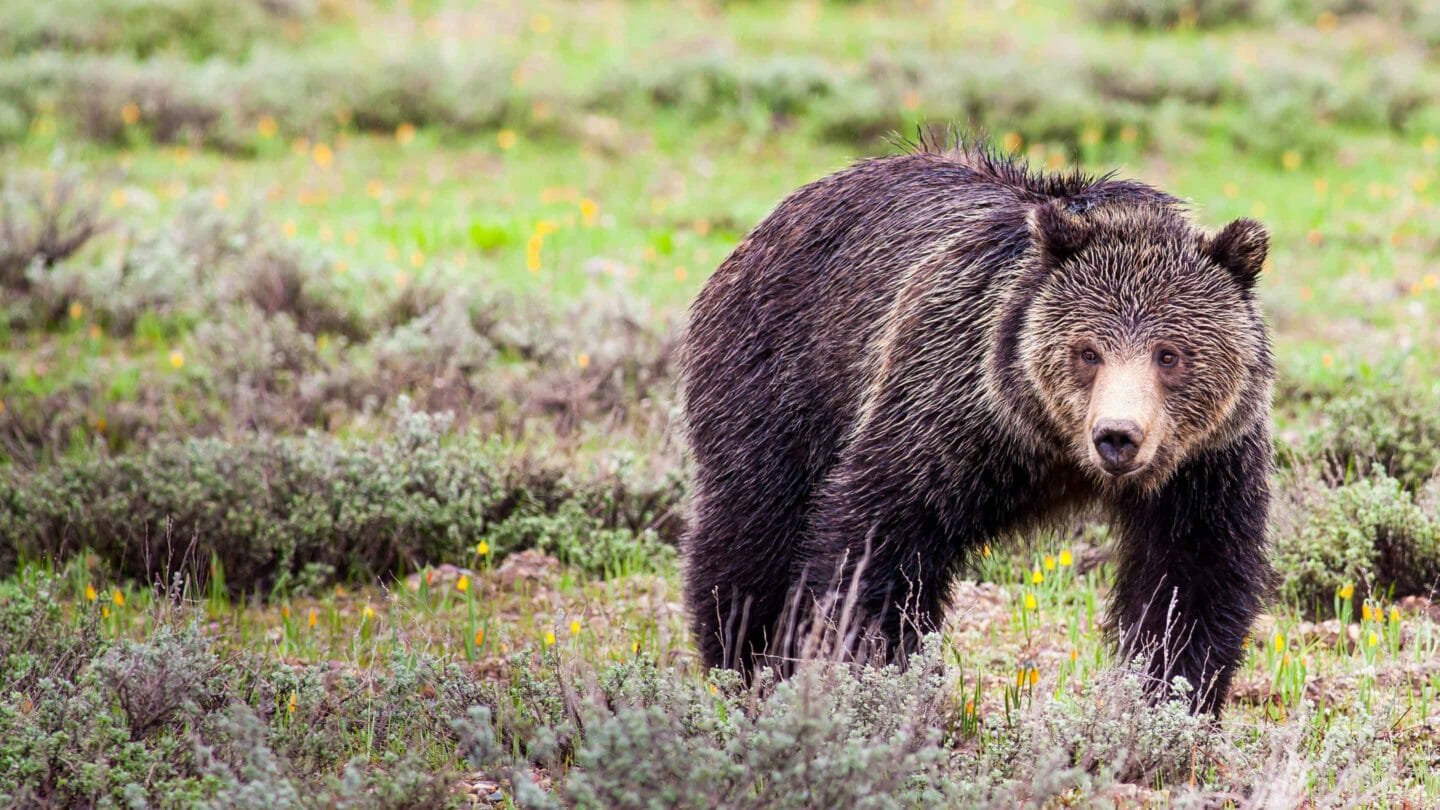 Predatory animals have the unfortunate consequence of being sensationalized as ruthless, vicious killers lurking behind countless trees and bushes. Their threat is consistently exaggerated in television and movies, while systematically ingraining a sense of wraith and mercilessness in the minds of would-be victims. Grizzly bears especially are often stereotyped as abusing their size and power upon anyone who encroaches on their territory.

Fortunately however, this holds about as much weight as a horribly written Hollywood movie. While grizzly bears can certainly be dangerous, the last thing they, or any animal for that matter, want to do is start a fight. Consider that when your next meal is always uncertain and thus, you never really know when you can replenish your energy, the last thing you would ever do is unnecessarily expend that energy fighting another healthy animal. Of course humans assume that two people do not stand much of a chance against a healthy grizzly adult, but the grizzly bear actually does not know that. For example, two wolves are enough to pester it and annoy it by consistently attacking it at a rapid rate to the point that it has no choice but to leave the area. In addition, wolves are smaller than the average adult human, giving humans more of a threat rank in the eyes of a grizzly bear. Therefore, when a grizzly bear sees, or more likely smells or hears humans approaching, its first instinct is simply to leave the area rather than burn energy trying to defend a few plants it can find elsewhere.

This also leads to another point. Many people are often fed images of grizzly bears always being blood-thirsty carnivores, another ridiculous fact perpetuated throughout the centuries from uneducated and biased observations. In fact, a grizzly bear’s diet is only 30% meat. The other 70% of its diet comes from berries, roots, wildflowers, grasses, plant bulbs, and anything else growing from the ground that has nutritional value. Much of the meat comes during elk calving season when grizzly bears make up 40% of elk deaths, which includes human hunting. The elk calves are still too weak and unstable to escape a burst of speed from an adult grizzly, leaving the slowest and the weakest ones vulnerable, motivating the survivors to grow stronger and faster. This in turn helps the elk herd itself grow stronger. Meat will also come from carcasses left behind from animals that have died of natural causes or that have been left behind by wolves or other predators.

On a similar note, grizzly bears, or any predator, rarely  go after a healthy adult animal, humans included. It is simply not worth the effort since they suspect that they have a chance at losing. That is not to say they won’t defend a carcass or especially their cubs, but many people often have a fear of being stalked by a grizzly bear. This is a completely irrational fear. Grizzly bears simply do not stalk healthy adult animals. If you do encounter a grizzly bear that has for one reason or another decided not to leave upon your arrival, it will always show you some way of letting you know that you are unwelcome before it resorts to fighting. These will include popping its jaw, stomping on the ground while huffing, or a bluff charge. If you ever experience any one of those indicators, the bear is telling you that you have already gotten too close and are making it feel uncomfortable. That is all those indicators mean. In that instance, avoid maintaining eye contact and begin to slowly and calmly back away. When the bear sees you giving it the space that it wants, it will most likely simply go back to grazing or doing whatever it was initially doing.

When a bear stands up, whether black or grizzly, it is not a sign of aggression. It is only the bear trying to gather information and a better scent on the air since it can tell that there is something else in the area. It is the exact same thing as you standing on your toes to get a better view of a surrounding area. A bear’s strongest sense is its smell, so the higher up it can get, the better it can perceive scents in the air. If it were to catch your scent while standing up, it would most likely run in the other direction.

How to Avoid Grizzly Bear Encounters

Always carry bear spray.
The odds are that if you follow the rest of this list, you will never need bear spray. It does, however, provide good peace of mind and in a last resort scenario, will save your life. Surprising a mother with cubs or a grizzly on a carcass is a good example of when it would be good to have it available. You will only ever need to use it if a bear is charging you and has gotten within 30 feet of you. In that case, stay composed and aim the spray toward its feet and begin firing. The spray will produce a cloud of pepper and once the bear hits that cloud, it will overpower the bear’s senses and force it to run away in an attempt to get away from it.

Don’t be a cowboy! Firing a gun at a bear will only anger it further.
A study was done in 2012 which revealed that if you use a firearm against a charging grizzly, you are much more likely to still get mauled than using bear spray. Using bear spray, however, it was discovered that in 98% of incidents, humans escaped untouched. The main reasoning behind this is that when a bear charges, getting an accurate and effective hit with a gun is very difficult, and most adult bears require at least four bullets in precise locations before even being slowed down. Couple that with the fact that the sting from an inaccurate hit will only anger it further. A cloud of bear spray on the other hand is very hard for a bear to avoid and nearly always effective since it will completely hit their primary senses: smell, sight, and taste, making it nearly impossible for them to focus on you.

Don’t hike alone. Hike with at least two other people if possible.
As noted above, a grizzly bear does not like a fight with a healthy adult animal. With another human standing close by, the grizzly bear sees the odds of its success in a fight diminishing. If a grizzly hears or smells people approaching, or even in the area, it will most likely leave before you ever even knew it was there.

Carry on a conversation.
If you are hiking with someone else, or multiple people, carrying on a conversation at a normal volume is plenty to let a grizzly bear know that humans are in the area and when it hears the sounds of people, it will run away and into the trees.

Never listen to music over headphones.
…or anything over headphones for that matter. When you mute the sounds of nature you lose your ability to be that much more aware. Branches breaking, jaws popping, and the pounding on the ground are just a few key sounds you will definitely want to hear if you have happened upon an animal defending its carcass or offspring. If you are hiking in bear country and are oblivious to the sounds around you, it could wind up being very costly. Plus, listening to the sounds of the natural world around you while outdoors is infinitely more rewarding than anything you could have brought with you.

Avoid using bear bells as a deterrent.
Simply put, bear bells do not work as well as some thought they would. The sounds of the bells themselves do not reach the bear until the bear is well aware that you are nearby. In addition, people who have already learned that they do not work find them very annoying.

Following these rules should help you avoid any problems with bears. After all, seeing any wildlife in its natural state should be an exciting and rewarding experience. If you understand it better and know how to act while nearby wildlife, it can be just that.