Stop Congress From Selling Your Land! 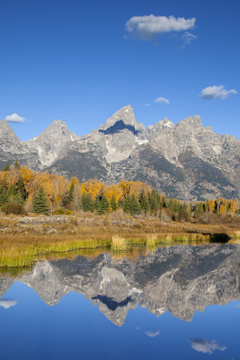 We have a rule as guides that during our tours we can discuss everything except politics and religion. Both of these topics usually lead to bad outcomes and can alienate people more often than bring us together. As the owner of Jackson Hole Wildlife Safaris I also take this approach and never post or otherwise share my beliefs for the same reasons. This blog post might drift over that political line but it is of the utmost importance, needs urgent attention and would negatively affect our business, industry and community.

There is a storm cloud hovering over our nation’s public land, one that has the power to destroy one of the most valuable legacies handed down to us from past generations. Forces within the US Congress are currently at work trying to destroy decades of conservation and responsible stewardship by selling off large tracts of public land in the name of reducing the size of government. These supposed representatives of ‘the people’ are claiming this would bring down the debt and reduce the size of government. In their mind these lands would be better used by private corporations and individual states for other activities like oil, gas and timber extraction or subdivided and developed. One has to wonder at the power of the large corporate interests that would benefit from this ridiculous proposal. These same companies are funding their campaigns and keeping them in power yet these politicians will look into the camera and tell us it is for our own good. The question we have to ask is quite simple – are the lands better off saved for the use of the people, businesses and wildlife that rely on them now or sold off to new corporate stewards?

I for one can think of several reasons these lands are far better off where they are now. It is hard to believe the following articles are even a little bit true but they most certainly are! When Field and Stream Magazine gets in on the action to protest this you know there is a problem given that their readers and supporters might trend towards the right. Though usually a friend of the sportsmen and women of the country, the GOP is  failing all of us in a big and important way right now! Here is a link to the Field and Stream piece entitled “Senate: This Isn’t Your Land”.

Though most of us will agree that there is tremendous intrinsic value to having vast wild, public places, others may prefer sticking with dollar amounts. The New York Times article titled ‘Our Lands Up For Grabs’ reminds us that our public lands are hugely valuable, both intrinsically and financially, “In 2013, the country’s national parks, wildlife refuges, monuments and other public lands had an estimated 407 million visits, which contributed $41 billion to the economy and helped to support 355,000 jobs, according to a report by the Department of the Interior last year.” This statistic is only referencing the public lands under the domain of the Dept of Interior and not the majority of lands in trust under the USDA that include all Forest Service and BLM lands.

It seems odd that despite the vast majority of Americans supporting the maintenance and conservation of public lands, the United States Senate would move to sell off most of these lands. According to a recent article by The Wilderness Society, “A September 2014 poll found that 72 percent of voters said they consider public lands to be “American places that belong to everyone in our country,” as opposed to places that belong more to residents of specific states.
A poll conducted in February by Colorado College found similar results: by more than a 2:1 ratio, voters in six of the interior western states agreed that public lands belong to all Americans, not just residents of a particular state.”

If you don’t want to see your lands sold right out from under you, NOW is the time to act. These rogue senators have the ability to destroy decades of conservation and responsible land use with the strokes of their lobbyist bought pens. I for one am one of the millions of users of our public lands and one of the majority of Americans fed up by the shenanigans of Congress. Our company is proud to have created jobs throughout the recession. Our business grew through the recession. Our business relies entirely on tourism and the dollars brought into our communities from these visitors which are enormous. Many of these these visitors come here entirely for our public lands and open space. They come from all over the world, spend a lot of money and many take back ideas on how they too can better preserve the last wild places near their homes.

1. Start to defend your rights and lands by writing letters to your representatives in congress and let them know you will kick their asses to the curb if they continue down this path. It is time that the people start to take government back from these professional politicians!

2. You can also sign the Wilderness Society petition to make our collective voices more heard.

3. Stay up to speed on this issue and click here to see which US Senators voted in favor of selling your land!

I hope you find this of interest and consider helping take a stand against the loss of our shared treasure that is public land!