Home Blog Grizzly Delisting and the Irony of Public Comments

Grizzly Delisting and the Irony of Public Comments 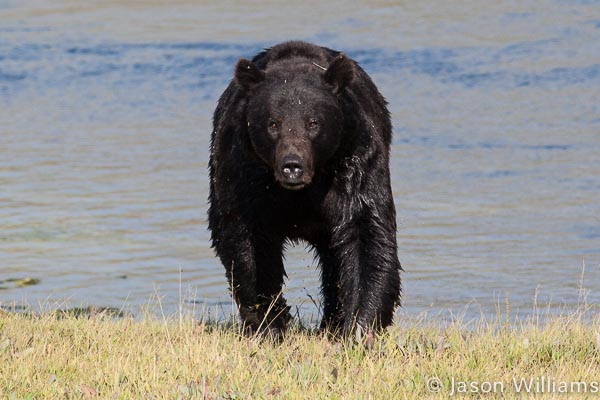 The following is an article written by Kent Nelson, Founder and Executive Director of Wyoming Wildlife Advocates:

Let me just spit it out.

Dan Ashe, the Director of the USFWS, highlighted the public’s ability to make public comments in his March 3rd announcement of the agency’s proposal to delist grizzlies from the endangered species list and he made much ado about the importance of the public’s input.Did he mean it? In a word, no.The public comment process as currently constituted is intended – by design – to exclude the public from making public comments.

From the press release announcing delisting: “The Service will be seeking review and comment by the public, other federal and state agencies, and independent scientists.” And it goes on to say, “Please note that submissions merely supporting or opposing a potential delisting, without supporting documentation, will not be considered in making a determination.”

What Director Ashe didn’t mention was that the delisting documents to be commented upon consist of over 800 pages of dense, bureaucratic jargon and incorporates by reference over 250 hard-to-find – and harder to read – scientific reports, management plans and other documents, in all totaling many thousands of pages. We’re talking about an undertaking of biblical proportions here, as in reading the bible three or four times during a 60-day period…and then writing comments.

Recently, at the Yellowstone Ecosystem Subcommittee meeting in Bozeman, we finally learned how the grizzly delisting “public comment” process played out. The public submitted 290,000 comments to the US Fish and Wildlife Service during the public comment period that ended May 10, 2016. Of those 290,000 comments, only 12,000 were considered “unique.” The other 278,000 don’t count. Of those 12,000, only ten to twenty percent were considered “substantive,” at most 2,400 comments. The other 9,600 don’t count.

So, out of 290,000 comments only 2,400 comments will be “considered in making a determination” to delist grizzly bears. Only 8 out of every 1,000 submitted comments will be considered. That’s eight tenths of one percent of the comments submitted by the American public. 99.2% of the public’s comments are essentially thrown out the window! The U.S. Fish and Wildlife Service has a very efficient filter.

Let’s ask a question. Who actually has the wherewithal to make public comments that can pass through the USFWS filter, on a proposal that runs to thousands of pages? Well, big non-profits can. They have the money, and some of them employ scientists that can understand the jargon and the voluminous scientific reports. So, too, can mid- to large-sized corporations. They also have the money and the people, some of them scientists. They also have a profit motive.

Of course, other government agencies are invited to comment and they use our tax dollars to pay our public servants to write their “public” comments. And finally, scientists – who have something of a free pass. But here is the kicker: The government and private industry are the largest employers of scientists and much, perhaps most, funding for scientists comes from government and industry.

And how about you? Are you one of the 288,600 people whose voices are being disregarded?

The USFWS will respond that decisions are to be made based on science and that they are justified in disregarding 99.2% of submitted comments. Where does that leave the average non-scientific American that was bamboozled into thinking that the comment they submitted actually mattered? Quite simply, the public comment process provided by the USFWS has utterly failed them.

So where is the public process that allows them to weigh in on the important public policy issue of removing grizzly bears from the endangered species list? There isn’t one. The American public has been disenfranchised, marginalized. And so less than 1% of the public comments will be “considered in making a determination.”

At the bottom of the press release that announced delisting is this mission statement: “The mission of the U.S. Fish and Wildlife Service is working with others to conserve, protect, and enhance fish, wildlife, plants, and their habitats for the continuing benefit of the American people.” The “others” the USFWS wants to work with apparently aren’t you and me. They don’t want us to tell them what we, the American people, view as a “continuing benefit.” One wonders if they actually realize who the American people are.

Two final questions: Exactly who are the less than 2,400 commenters whose comments will be “considered in making a determination?” And why, exactly, are their voices more important than yours?