Home Blog A look at an ever changing climate in Jackson Hole, Grand Teton, and Yellowstone National Park

A look at an ever changing climate in Jackson Hole, Grand Teton, and Yellowstone National Park 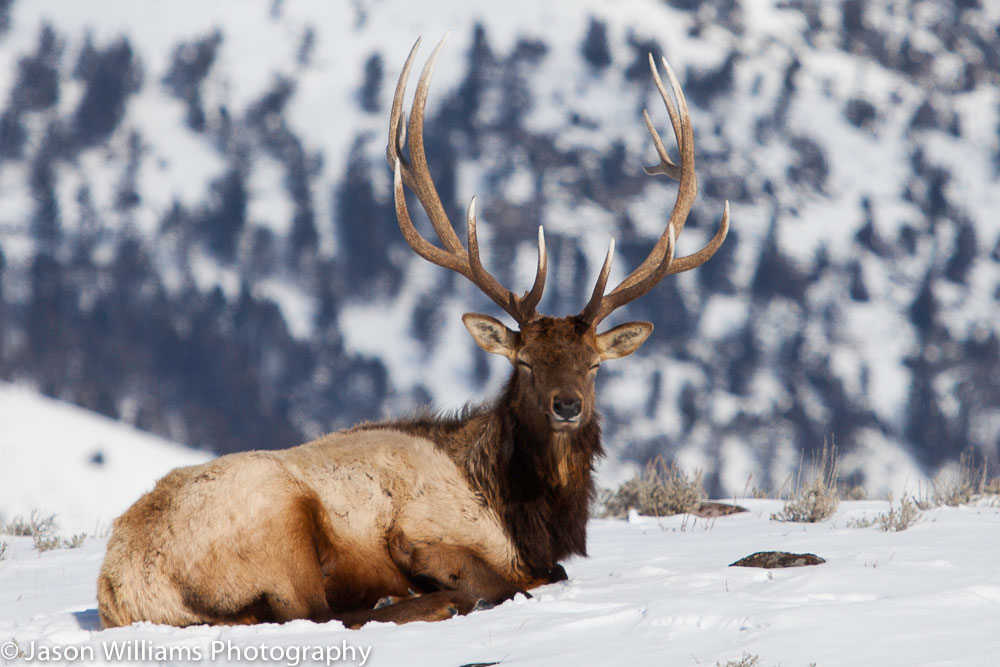 I have recently been catching up on my reading and trying to shed dozens of magazines that have been piling up due to a busy schedule and overabundance of subscriptions. I am embarrassed to admit that I found a Yellowstone Discovery Magazine at the bottom of a pile that is dated summer 2010! I usually read these as soon as they arrive because they are filled with great, well researched articles about Yellowstone and produced by the Yellowstone Association who we support through our annual subscription.

The title of the article that caught my eye was ‘When Ice Ruled Yellowstone’ (Read on the Yellowstone Association Website Here). This is a really well done article about the ice ages that covered Yellowstone with ice over millions of years. Since I have been guiding in the region for over a decade and have a degree in climate science so I am pretty well versed on the ice ages and geologic features created throughout the region. One thing caught my eye; however, makign me read the entire article. The hook was mention of a rough patch on a park road caused by a melting chunk of glacial ice that is still actively melting. That to me is really amazing! Ancient Ice causing damage to a road built in 1931, ice that could be millions of years old that I have driven over hundreds of times! The road builders, according to the article, actually hit the covered glacial ice while grading this section of road. The advance and retreat of glaciers is closely tied to global climate change and so too, it seams, is Yellowstone’s road building and repair budget.

Global climate is a hot topic – no pun intended. Articles, books and documentary films have flooded our imaginations with gloom and doom scenarios to investment opportunities. As recently as the late 1970’s the conversation and concern was a cooling climate and fear of a coming ice age. As more data was collected and with the rise of the environmental movement, global warming and the associated fear of the consequences began to dominate the conversation. It’s easy to ‘loss the plot’ when emotion and lack of perspective interfere with good old objective observation and big picture thinking.

The first and most important step to take to begin understanding this issue is to use a more accurate description of our climatic situation here on earth. Whether you believe in global cooling, global warming or neither, the best term to use when describing a changing climate is…..climate change. The earth is an infinitely complex interconnected web of both living and non-living systems that interact together to create the biosphere. The biosphere encompasses the atmosphere, the surface of the earth and the hydrosphere and is where we live and experience the effects of both climate and weather. This thin layer surrounding the surface of the earth is also impacted by events outside the biosphere including volcanism from the core of planet earth and cosmic events like variations in solar radiation affecting us from space.

The second important thing to remember when thinking about global climate change is the difference between weather and climate. Weather is defined as current events or short term observations where climate is the averages and trends of those observations over a longer period of time. Though there is no agreed upon length of time when you change from discussing weather vs climate, the longer the period of time the more accurate a climatic observation will be when talking about a longer term trend. Some researchers think that at least 30 years or more of weather observations are needed to identify trends in climate, especially global trends. Since humans experience time based on an average life experience of under 100 years, we tend to emphasize changes that happen in our lifetime and forget about larger climatic events that have happened and that are happening. Certainly the larger events in the past had very little to do with humans and may or may not have much to do with us now. That is really where the debate is focused today. Are we causing the earth’s climate to change by burning fossil fuels or is it happening on it’s own or a little of both? No matter what your opinion on the current root of global climate change it is important to understand the big climate picture on a geologic scale.

A great way to experience the effects of both global warming and cooling is to pack up the family and take a tour of Jackson Hole and Yellowstone National Park. This is one of the best places in the world to see the effects of both expanding and contracting glaciations triggered by the global climate changes of the past. This topic comes up almost every day on our tours and it is a great way to tie in why the landscape looks like it does while we explore the parks. The last major ice age that affected the greater Yellowstone area was the Pinedale glaciation. Depending on who you ask in the geologic community the dates vary, but most researchers believe that this period of glacial expansion didn’t start retreating until around 12-15 thousand years ago. In geologic time that is not that long ago. As a matter of fact the first native americans to begin exploring the region, including Jackson Hole would have seen these retreating glaciers and experienced a much different landscape and ecology than we are used to today.

During the Pinedale glaciation, the Yellowstone plateau was covered by thousands of feet of ice that spilled down into the valley of Jackson Hole. The southern edge of this massive glacier is thought to have formed the treed hillsides just south of Triangle X Ranch. If you stop at the Snake River Overlook in Grand Teton National Park and look out to the west you can see the connecting ridges that would have formed a continuous terminal moraine before being broken by the massive amounts of meltwater that flowed out of the melting ice sheet. To stand in the middle of Jackson Hole and look north to see a two thousand foot wall of ice would have been amazing! You could have turned your attention to the west and witnessed the crumpled serpentine bands of ice flowing out of all the major canyons of the Tetons. The terminal moraines of each of these individual glaciers provided enough rock and debris to create perfect natural dams to hold in the water that are now enjoyed by millions of people every year. Famous lakes like Jenny, Leigh, Jackson, and Phelps Lakes dot the base of the Tetons, reminders of a past period of glaciation and an ever changing climate.

When the earth’s climate began to warm, the glaciers stopped their advance and began to retreat. Contrary to popular belief this happened relatively fast. Over the period of a couple thousand years these massive ice sheets melted away exposing a barren, inhospitable landscape. Over time plants started growing, seeds brought by the wind, birds and animals started to establish a brand new ecosystem only made possible by the warming earth and retreating glaciers. If this were happening today we might be tempted to see it as a catastrophe and a call to action to save the glaciers. This is where perspective comes in.

After this warming had removed all of the surface ice and glaciers from the region, including all of the glaciers in the Tetons the earth began to cool again. This is commonly called the Little Ice age by geologists and climate scientists. Again exact agreement on the dates vary a little, but most agree that this brief cooling period just ended around the year 1900 and was responsible for the Piedmont glaciers that we see in Grand Teton National Park today. From the Glacier view turnout in Grand Teton look west into the Tetons and you will see a couple of these small ice sheets. The Teton Glacier is just north of the Grand Teton (the highest peak in the range) in Glacier Gulch and you can also see the Moran Glacier if you look further north. I often wonder what our response would be today at the prospect of another global cooling spell with glaciers advancing down the canyons and valley, scouring all of the biotic communities established there today (This would include our own communities as well!). That kind of climate change might really suck.

One thing we all have to remember when discussing global climate change – it is going to change. One way or the other, history tells us that every component of life on earth is constantly in a dynamic state of change and evolution. Striving for stasis and thinking that we can prevent the world around us from changing is a bit like an ostrich sticking his head in a hole hoping to get out of the rain. Instead I think that a better way to approach our life on this earth is to reframe the conversation into one question – what world do we want to live in? Knowing that the earth is in a constant state of flux, we should begin to think about our role as stewards of this dynamic process and realize that we are only a small character in a really big play. For my part, I would have loved to see the greater Yellowstone area under that ice sheet but I sure would hate to see one heading for my house in Jackson Hole today!